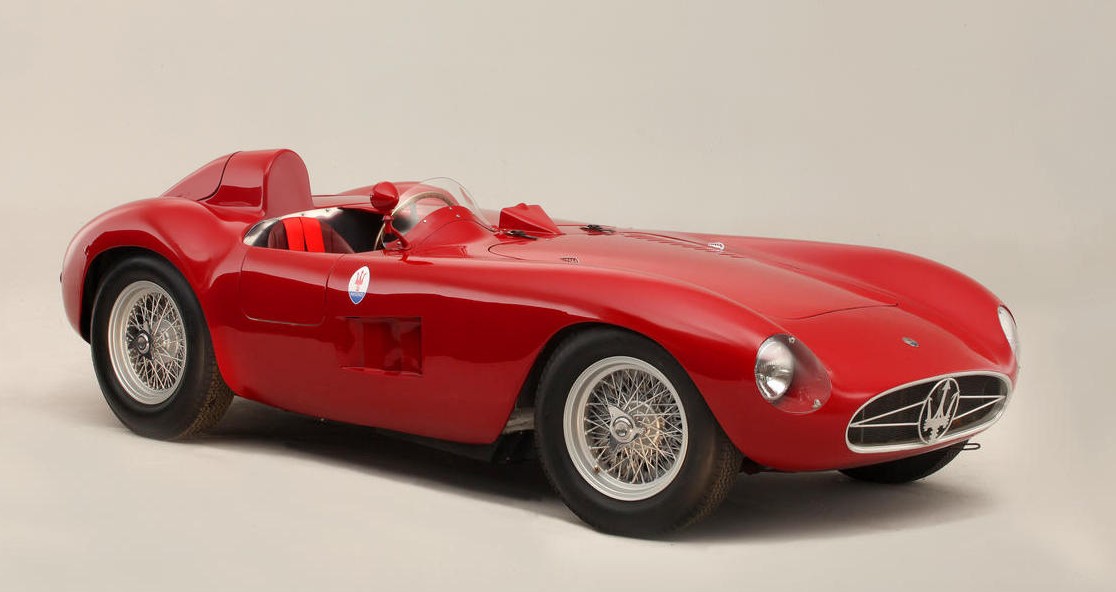 The Maserati 300S was a development of the Maserati 200S – a competent sports racing car in its own right. The 300S was introduced for 1955 and produced through 1958. In all, 28 were constructed.

The cars use a 3.0-liter straight-six making about 245 horsepower. This car was ordered by and delivered new to Briggs Cunningham. He brought it to America so his driver Bill Spear could campaign it. It’s race history includes (but is not limited to) the following:

The car left Spear’s ownership at the end of 1955 and the next owner campaigned it at various SCCA events, although less competitively. In the 1970s, it was used in some historic races before being sold to a collector who preserved it. The current owner acquired it around 2006.

The car is offered in “race-prepared” condition. This is one of the premier racing models from the very competitive mid-1950s: the era of Jaguar D-Types, Porsche 550 Spyders, Ferrari Monzas and the like. It’s one of the finest racing cars from some of the golden years of post-war sports car racing. And it’s in all-original condition. It is expected to sell for between $5,500,000-$7,000,000. Click here for more info and here for more from this sale.