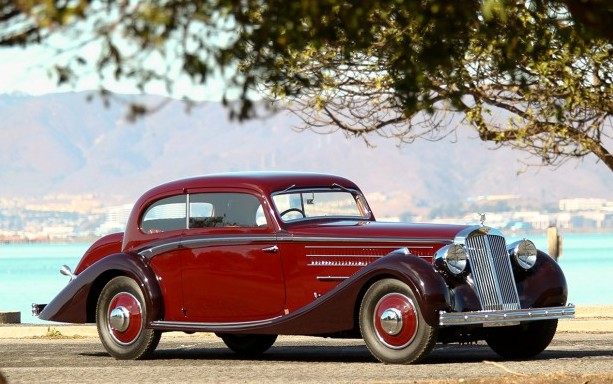 The K6 was the final new model introduced by Hispano-Suiza and, like most later models, it was built by the French arm of the company. It was the baby Hispano-Suiza even though it was still a massive automobile.

The engine is a 5.2-liter straight-six making 135 horsepower. Top speed was about 87 mph and this particular chassis was bought new by famous French pilot Marcel Doret. He had the car bodied by Henri Chapron – one of the leaders of French style in the coachbuilding arena in the 1920s through the 1950s. This clean but stylish coupe was a one-off design by Chapron.

Doret used the car to travel between aerobatic performances, towing his plane with this car along the way. It had a couple of owners and was parked in 1960 before being rediscovered again in 2006. The restoration was completed in 2009 and is said to be a delight to drive.