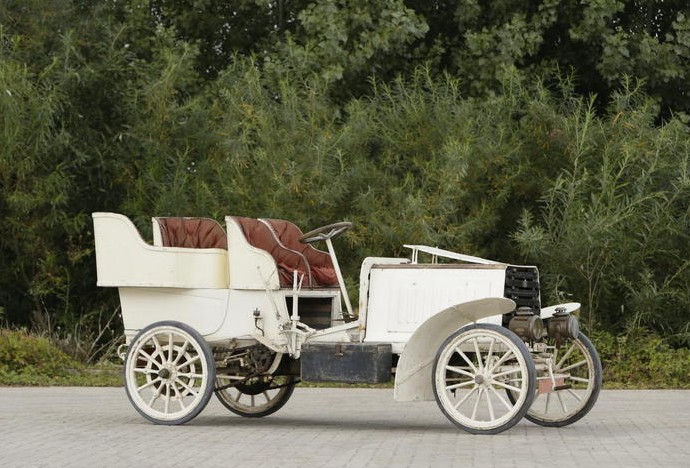 Voitures Légères, F de Laperelle, Mottereau-Brou (E&L) was the name of an otherwise unknown company that existed around the turn of the century in France. No record of it exists anywhere in the known realm of automotive literature. Or even the internet, for that matter. In fact, the lot description spells the name of the car two different ways.

This car is powered by a single-cylinder engine and is all original except for the paint (which was redone in 1960). Literally nothing else is known. The chassis number is 96, which suggests they built a hundred cars, yet no one recorded it anywhere. It’s kind of strange that a brand new, unheard of marque from 115 years ago just pops up out of the blue. Automotive archaeology at its finest.

This car has been owned by the same family since new, which is astounding. It also runs and drives. This is a remarkable car and perfect for someone who wants a challenge and something interesting, historical, and unique. The estimate is $96,000-$130,000. Click here for more info and here for more from this sale.