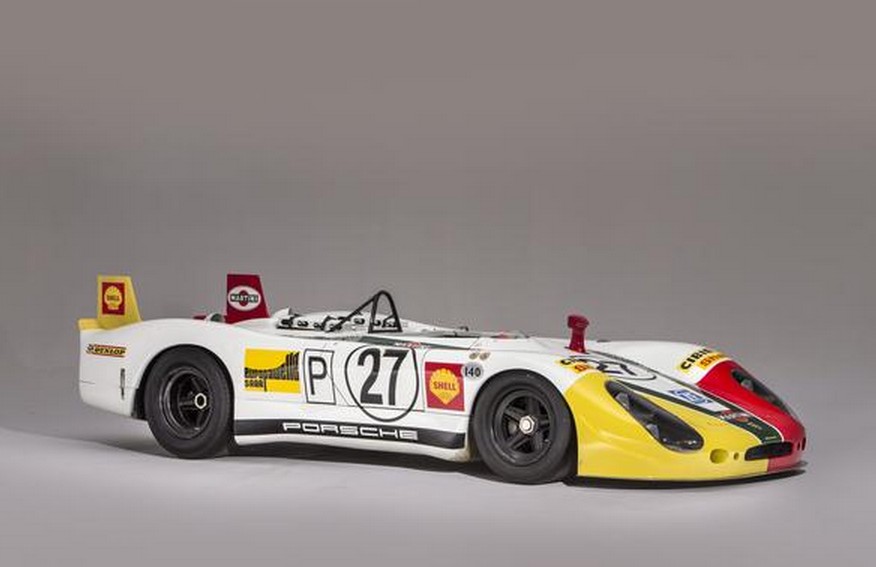 The Langheck Coupe was a long tail version for high-speed tracks. But when Porsche chopped the top for 1969, the Longheck (long tail) Spyder was born. The engine is a 3.0-liter flat-8 making 350 horsepower. The light fiberglass body allowed this car to achieve high speeds on the straight at Le Mans.

This was a factory team race car before going into privateer hands, and its competition history includes:

This car was later owned by Jo Siffert and appears in the Steve McQueen movie Le Mans. Later in 1971, it ended up in a private collection before being acquired by Peter Monteverdi. It has had a recent restoration and a handful of other owners. It’s an awesome machine with a fantastic history. There is no pre-sale estimate, but it’ll go big. Read more here and see more from this sale here.