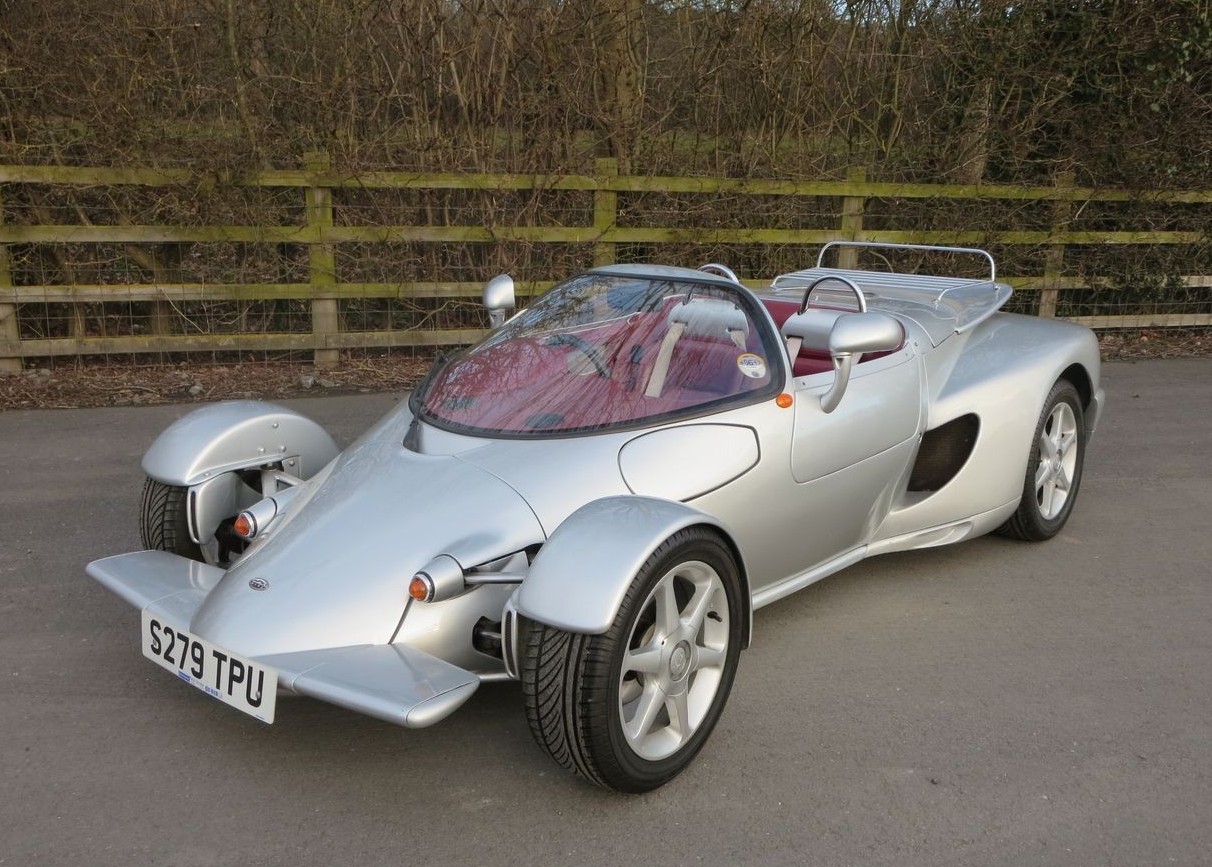 DARE (UK) Limited is the company that brought you this wild car in the late-1990s. It was also founded by the same family who founded (and later sold) Ginetta. The company is still around, currently building new versions of a pair of old Ginetta models. Interesting.

The DZ was a courageous design that fit squarely in the time period in which it was manufactured (i.e. the late-90s). These were the years of the Ford Indigo Concept and the Plymouth Prowler. Apparently, the burning question in the 90s was “How do I drive an open-wheel car on the highway?”

It is powered by a mid-engined 2.0-liter straight-four making 130 horsepower (although this car was originally turbocharged to 210 ponies, it has since been bumped back to natural aspiration). It might not seem like a lot, but this car is extremely light. It was targeted at Lotus cross-shoppers. Ultimately, only ten were built, with this being the first and factory demonstrator. It’s pretty awesome and should bring somewhere between $18,000-$21,500. Click here for more info and here for more from this sale.