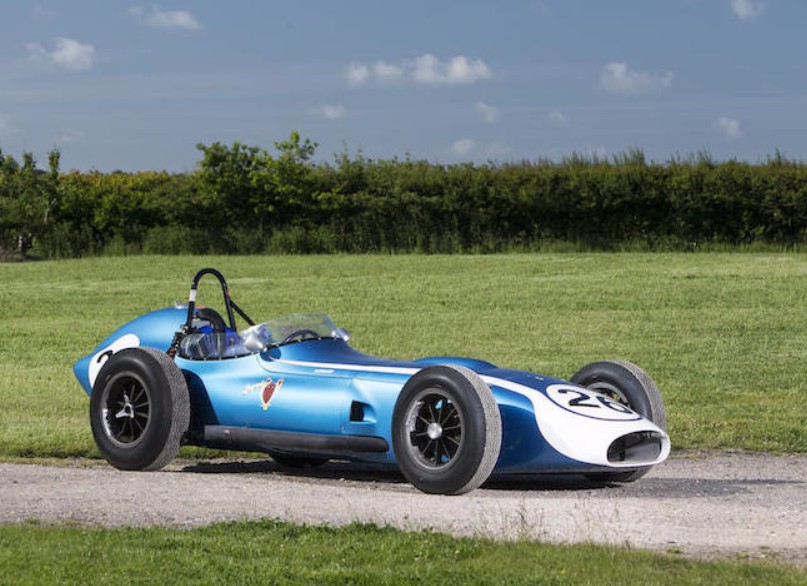 Lance Reventlow. He was an American born in London. He was also an heir to the Woolworth fortune. His step dad won the Targa Florio. These things were the perfect storm for an American forming his own Formula One team.

Scarab was the name of the cars that were built between the late 1950s and early 1960s. They were designed by Tom Barnes and Dick Troutman and financed and raced by Reventlow (other guys raced the cars, too). The front-engined open-wheel cars were built for the 1960 Formula One season and it didn’t go well because the rear-engined revolution was already under way. Scarab only had one start in Formula One: 10th place at the 1960 U.S. Grand Prix with driver Chuck Daigh (although the tried to compete in two other races, one a twin DNQ and one a twin DNS).

After that, they campaigned the car in International Formula racing at races at places like Goodwood. But sports cars were their mainstay. Originally, this car was powered by a Scarab-designed, Offenhauser-style straight-four but it now has a 3.6-liter Offenhauser straight-four – one of only 55 such engines built.

This car is historic event eligible and has definitely been used, even though the restoration is great. The car is coming from a collection of Scarab cars, with one more assembled F1 car among them (of three built). American-built F1 cars are very rare and while this car wasn’t dominant, it is a piece if history. It should bring between $1,100,000-$1,500,000. Click here for more info and here for more from this sale.