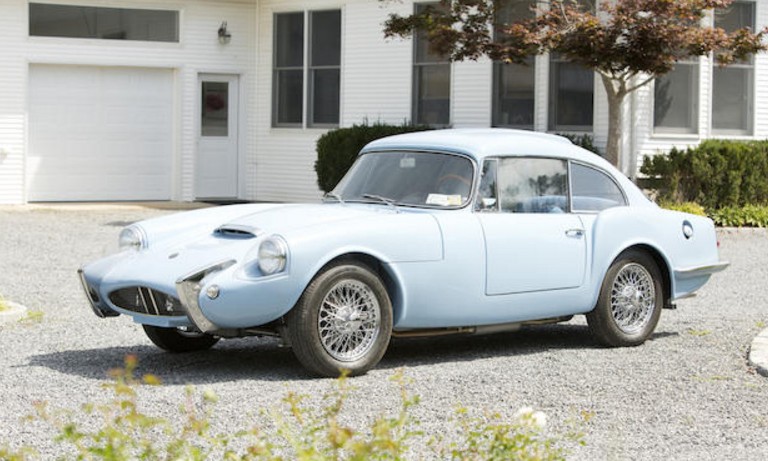 Autocars Co. Ltd. was an Israeli automobile manufacturer – Israel’s first – that set up shop in Haifa in the 1950s. They built a couple of different models, but the most remembered is the Sabra.

The Sabra GT’s design is actually by the kit car maker Ashley. British company Reliant built the fiberglass bodies, and, in fact, built the first run of Sabras in house (and then copied the car as the Reliant Sabre). This car is powered by a 1.7-liter straight-four making 61 horsepower.

Sabras were very popular in Belgium – a quarter of them were sold new there. Some were exported to the U.S. and they were available as a coupe or convertible. Production lasted from 1964 through 1968. At least 100 Sabras still exist, but you never see them. This one should bring between $80,000-$100,000. Click here for more info and here for more from this sale.