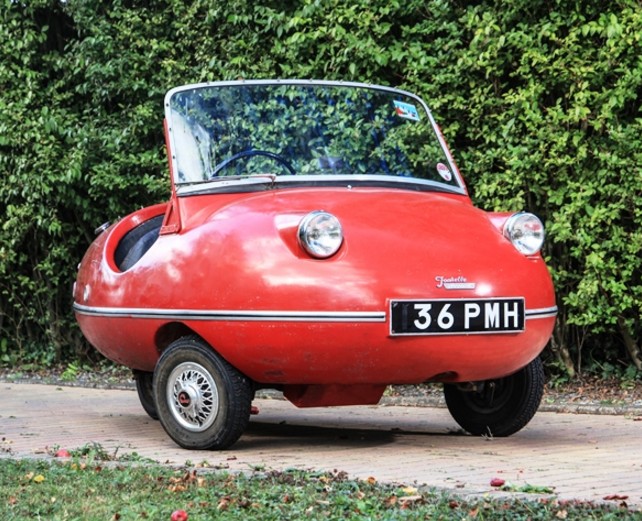 This incredibly rare, incredible micro, microcar was built by the Progress Supreme Co. Ltd. of Purley, London between 1956 and 1958. Progress Supreme was originally known as the Carr Brothers, probably named after the founders.

This three-wheeled microcar looks like something somebody drove right off a kiddie ride at an amusement park. It is powered by a 197cc single-cylinder, two-stroke engine that makes enough horsepower to scoot this thing up to what has to be a terrifying 55 mph. It weights only 500 pounds and has a thrifty 2.7 gallon gas tank.

This is one of only two known surviving Tourette mircocars of an original production run of just 26. There are replicas, but this is the real thing – one of the rarest microcars out there. The pre-sale estimate is $22,000-$30,000 – but it could go higher. Click here for more info and here for more from this sale.