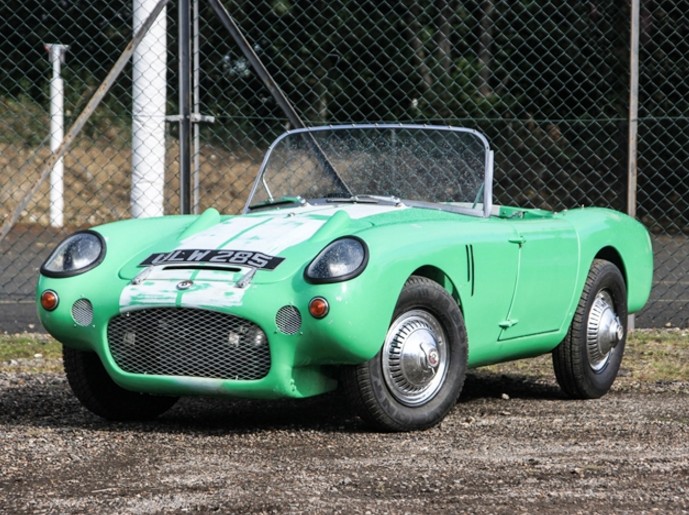 Berkeley Cars Ltd of the amusingly-named Biggleswade, England, was in existence only between 1956 and 1960. In that short time frame, the company managed to produce about 10 different models. The SE328 Sports was the second model introduced, and it was produced between January 1957 and April 1958.

This car is powered by a 328cc two-stroke twin-cylinder engine – a six cc improvement over the original Sports model. Power is a stout 18 horsepower and it cost $1,600 when new in the U.S., where they were officially exported to. Top speed was right at about 62 mph.

The Sports was the second best-selling model Berkeley had with 1,259 produced. The small engine, fiberglass body, and diminutive size make this a fun, economical toy for those with the means. This 35,000 mile example will sell at no reserve. Click here for more info and here for more from this sale.