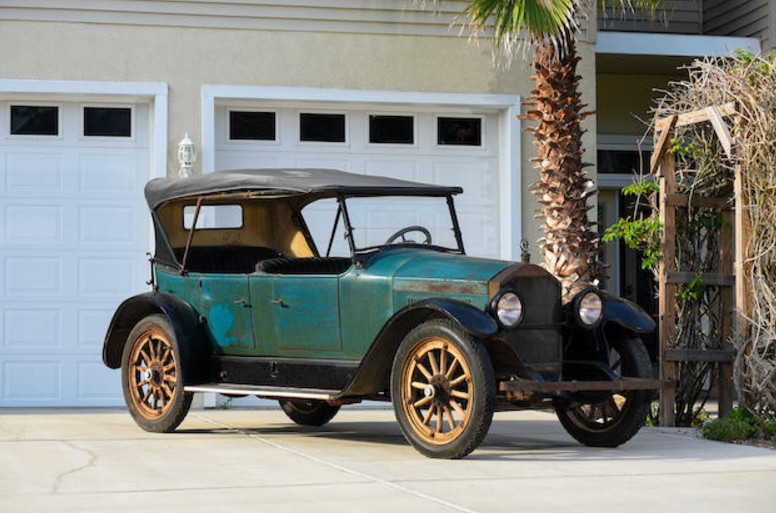 F.B. Stearns and Company set up shop in Cleveland, Ohio, in 1898 (when Frank Stearns was only 19 years old). Production really got under way in 1901 and their cars were like most others of the time. In 1912 the company began using Knight sleeve-valve engines in their cars. It was from this point, until new corporate overlord Willys-Overland dissolved the marque 1930, that the company would be part of a handful of Knight-suffixed marques.

The L4 (or SKL4) was introduced in 1918 as a model name and it lasted through 1923. For 1920, it was the only Stearns-Knight offered and it could be had in eight different body styles. It would appear that this is a five-passenger touring, the slightly smaller alternative to the $225-more-expensive seven-passenger touring that was also offered. The engine is a 23 horsepower, 4.1-liter straight-four.

This well-patina’d and all-original example was discovered in a barn in 2003 in West Virginia. It is believed to be the only surviving 1920 Stearns-Knight Touring car out of a total 1920 production run of 3,850. It still runs and drives, having covered only 23,934 miles in the last nearly 100 years. This is a fantastic chance to get behind the wheel just like someone did 97 years ago. It should bring between $25,000-$35,000. Click here for more info and here for more from this sale.