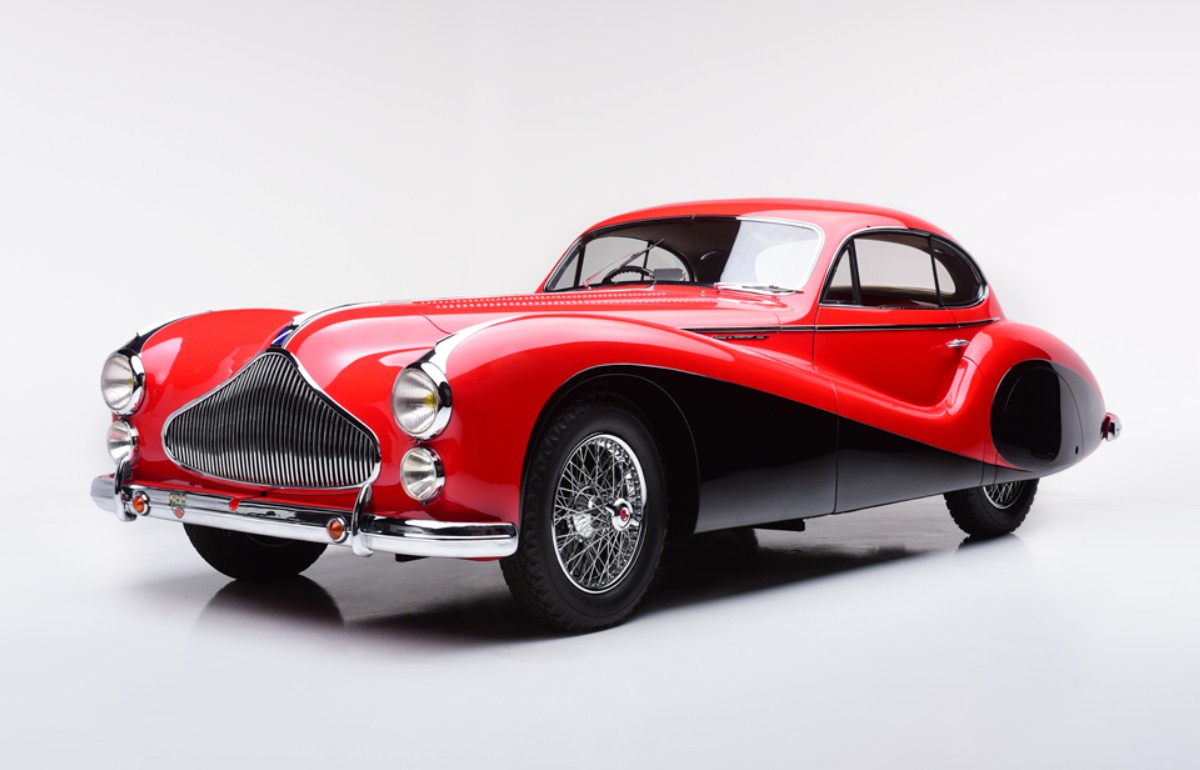 It’s kind of crazy to think this car is from 1951, especially if you consider the golden age of coachbuilding to be in the 1930s. This was pretty late in the game to get a custom-bodied car from a major coachbuilder as luxury cars pretty much standardized themselves not too long after this car was built.

But it helped that there was such a luxurious manufacturer like Talbot-Lago still operating at this point. The T26 Grand Sport was new for 1948 and Talbot-Lago sent all of the road cars to coachbuilders (there were race cars bodied in-house). This one was bodied by the legendary Jacques Saoutchik and it’s pure art.

Under the hood you’ll find the 4.5-liter straight-six that pumps out 190 horsepower. This body is one-of-one and is from one of the most sought-after coachbuilders of the post-WWII era. Few T26 Grand Sports were built and even fewer remain. You’ll need at least a million to top the reserve, but in the meantime, check out more about this one here and see more from Barrett-Jackson’s ever-expanding Scottsdale lineup here.