The Riley Nine is one of those British cars that pops up everywhere in a variety of forms. They were successful sports cars in their day, with the production run of the Nine lasting from 1926 through 1938. No less than 19 factory styles were offered in that period.

In 1927, Riley introduced a sporting, or speed, model called the Brooklands. It featured a low chassis and cycle fenders. Development continued through 1931, at which time they sort of hit a wall before shifting to a new sports model, dubbed the Ulster Imp, after the car’s success in the Ulster Rally. One such car also finished 13th at the 1934 24 Hours of Le Mans.

The Imp featured a short-wheelbase chassis and is powered by a 1.1-liter inline-four. It retained the sporty narrow body, tapered tail, and cycle fenders of its predecessor. Imp production lasted from 1933 through 1935. The cars were capable of about 75 mph. This particular car was purchased new by a one Freddie Clifford, who raced it at Ulster. It then was relocated to South Africa with its second owner. Competition history from that point includes:

The Hudson Deluxe Eight first appeared under that name in 1934 and would continue to be produced through 1938. This first-year model was a Series LU, and nine body styles were offered that year.

Power is from a 4.2-liter inline-eight was rated at 108 horsepower when new. The Convertible Coupe featured a rumble seat and a soft top, and this one is finished in cream with orange accents. Production totals for 1934 were not released.

The age of the restoration here is unknown, but it appears to have held up well. Plus, it’s got mid-1930s artillery-style wheels, which are always a plus. Click here for more info.

The American Austin. The original cute microcar. Okay, so it’s actually a license-built version of England’s Austin Seven, which was originally introduced in 1923. American Austin was set up in Delaware in 1929, with production beginning the following year in Butler, Pennsylvania. The company eventually went bankrupt, and production ceased in 1935. The company was reformed in 1938 as American Bantam, who would go on to design the original Jeep.

Three different types of coupes were sold by American Austin in 1934 (the company also offered pickups and vans). I have no idea which one this is, but prices ranged from $295 to $385 when new. Coachwork is from the Hayes Body Corporation, hence why the American versions were more stylish than their British counterparts. Power is from a 747cc inline-four good for 15 horsepower.

This one has four-wheel drum brakes and was restored in 2012. Check out more about it here and see more from Mecum here.

Here’s another small car from BMW’s early era. The company launched the 303 in 1933. It was their first six-cylinder car and the first BMW with “kidney” grilles – two things the company continues to be known for. In 1934 they introduced the 309, which was essentially a 303 with two fewer cylinders. It was intended as a replacement for the 3/20.

The 309 is powered by an 845cc inline-four that made 22 horsepower when new. Rubber engine mounts were used to reduce vibration in the cabin, and the cars carried bodies from Ambi-Budd. You could choose from a two-door sedan (as shown here), a cabriolet, or a tourer.

Approximately 6,000 examples of the 309 were produced through 1936. This one has known history back only a few decades, and it was restored in Austria. Pre-war BMWs are rarely seen, and the fact that this was about as basic of an example as you could get in 1934 makes it even more impressive that it is still around. It should bring between $14,000-$22,000. Click here for more info and here for more from this sale.

Wow. Cadillac built V16-powered cars for 10 years between 1930 and 1940. The Series 452D was built for 1934, and quite a few body styles were offered, perhaps none more dramatic than this “Aerodynamic Coupe” designed and built by Fleetwood. Mecum refers to this as “the world’s first fastback coupe.”

That’s right, this is a two-door coupe. On a 154″ wheelbase. That’s 20 inches longer than a 2021 Chevrolet Suburban, which has two additional doors. This car does have a spacious rear passenger area, though. But still, ye gods.

So how rare is it? Well, for a combination of 1934 and 1935, Cadillac produced just 150 examples of the V16. Just three Aerodynamic Coupes were built. This one spent a decade in the Blackhawk Collection before being purchased by its current owner in 2007. Mecum is not auctioning this car but is sort of “presenting it for sale” at their Glendale sale. If you have to ask how expensive it is, you cannot afford it. Click here for more info.

After Bugatti’s Type 35 series of cars finished their run as some of the best Grand Prix cars of the era, Bugatti went and introduced the Type 51 in 1931. The development of that car culminated in the Type 59 of 1933, the last pre-war Bugatti Grand Prix car.

It is powered by a 250 horsepower, supercharged 3.3-liter inline-eight. Only eight examples were built. Ralph Lauren has one, but his is restored. This car is as it was in 1938. It’s an ex-factory Bugatti team car, and it’s competition history includes:

After the 1935 season, the car’s supercharger was removed and it went sports car racing with revised bodywork. In 1938, it was painted in its current black and was acquired by King Leopold III of Belgium. It’s had four owners since and is now estimated to bring “in excess” of $13,000,000. Click here for more info and here for more from this sale.

Duesenbergs have a fairly high survival rate when compared to other cars of a certain age. That’s thanks in large part to pioneering collectors who realized the importance of cars like this and saved them. But not every part of every car can be saved.

This car retains its 6.9-liter, 265 horsepower straight-eight engine and its factory chassis. The body, however, is not original. Initially equipped with a Willoughby sedan body – not the most desirable look – the car was re-bodied before WWII as a convertible sedan.

This Brunn-style dual-cowl torpedo phaeton body was built by Fran Roxas in Chicago sometime in the late-1980s. The car bounced around the auction circuit in the 1990s before being purchased by its late owner in 2006. It’s been in Britain for over 10 years and should bring between $600,000-$800,000 in California in a few weeks. Click here for more info and here for more from this sale.

A car museum closing is never a good thing as it deprives people to see great automobiles they would otherwise never have a chance to see. But, sometimes it’s kind of nice to see some long-term vehicles put back into circulation.

This Duesenberg has been in this collection since 1996. It has known ownership history since 1950 and was partially restored many decades ago. Power is from a 6.9-liter straight-eight making 265 horsepower.

It retains its original one-off Rollston body, its chassis, and engine. One of the centerpieces of its current collection, it should bring between $500,000-$600,000. Click here for more info and here for more from Bonhams. 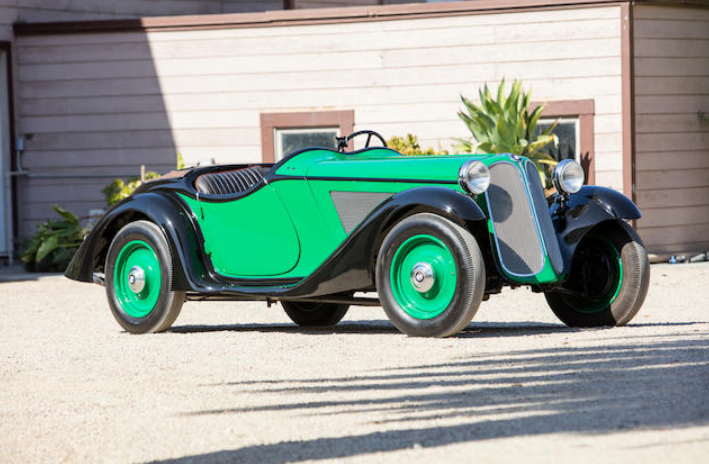 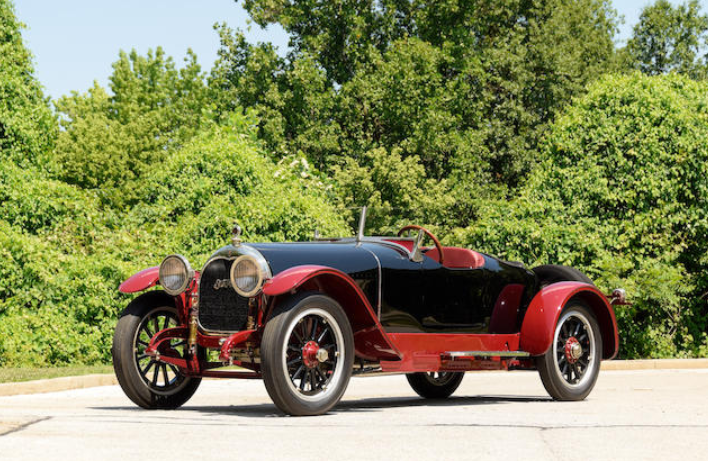 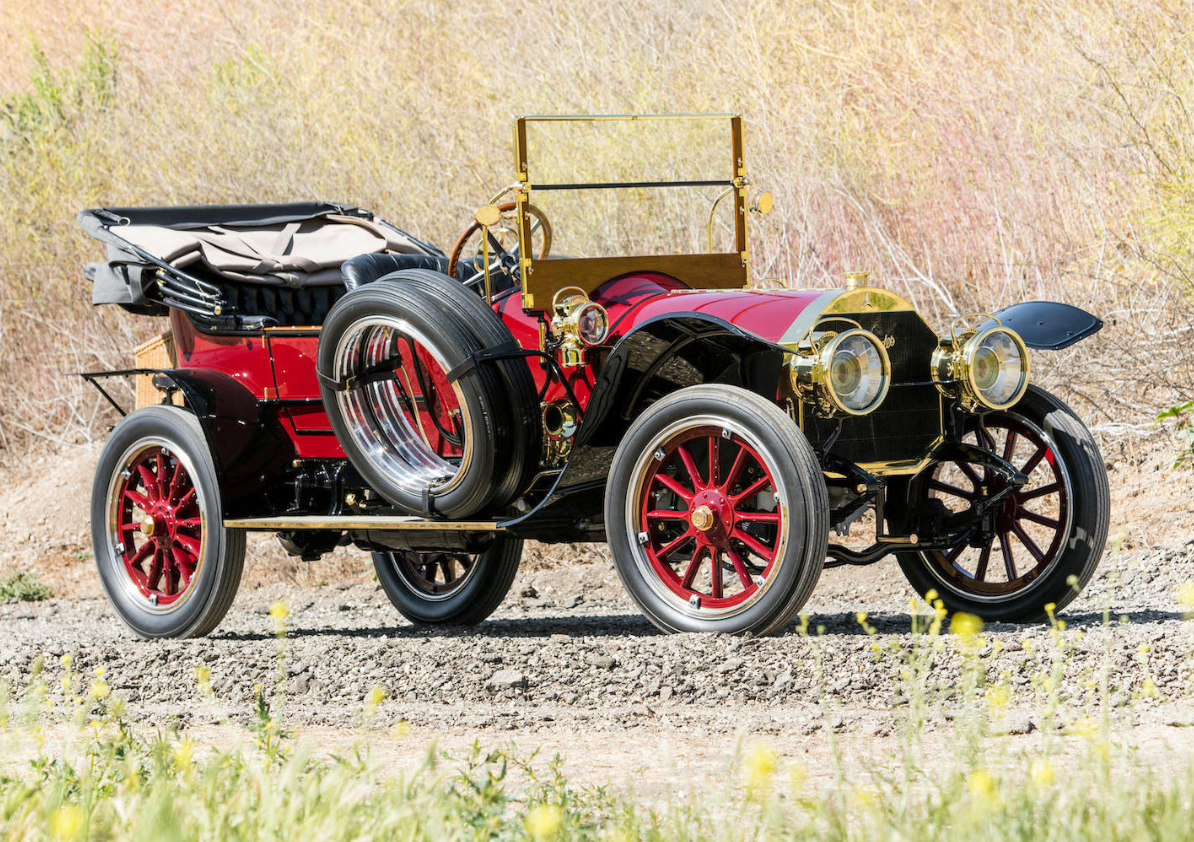