A couple of companies have built Jeeps or Jeep-like vehicles. It started with American Bantam, then there was Willys, Ford, Jeep (of course), and more. American Motors produced the prototype for this tactical truck in 1946, and it was further refined by some of the engineers from the original Bantam Jeep project.

Just 2,672 examples of the M422A1 were produced. When compared to WWII-era Jeeps, that’s just a tiny, tiny percentage. This well-restored example is going to sell at no reserve. Click here for more info and here for more from this sale.

This was the high point of American Motors styling. The Marlin was introduced as a Rambler product in 1965, and for 1966 and 1967 it was sold under the AMC badge. 1965 and 1966 models were based on the Rambler Classic. It moved upmarket in ’67 to the larger Ambassador platform.

The Marlin featured a large greenhouse with a dramatic sloping fastback. Dodge unleashed a similar design in 1966 for the Charger. But Rambler did it first. Standard engine choices were a straight-six or a 287ci V8. This car is equipped with the optional 5.4-liter Ambassador V8, which was good for 250 horsepower.

In all, 10,327 examples of the ’65 Marlin were built. Production would drop off sharply in the following years. You can see more about this car here and more from this sale here.

We’re going to start (for the second recap in a row) with a sale from Worldwide Auctioneers. The Cadillac “Die Valkyrie” was sold for an undisclosed amount (which is kind of lame). The top (reported) sale was $539,000 for this 1938 Mercedes-Benz 320 Cabriolet B. 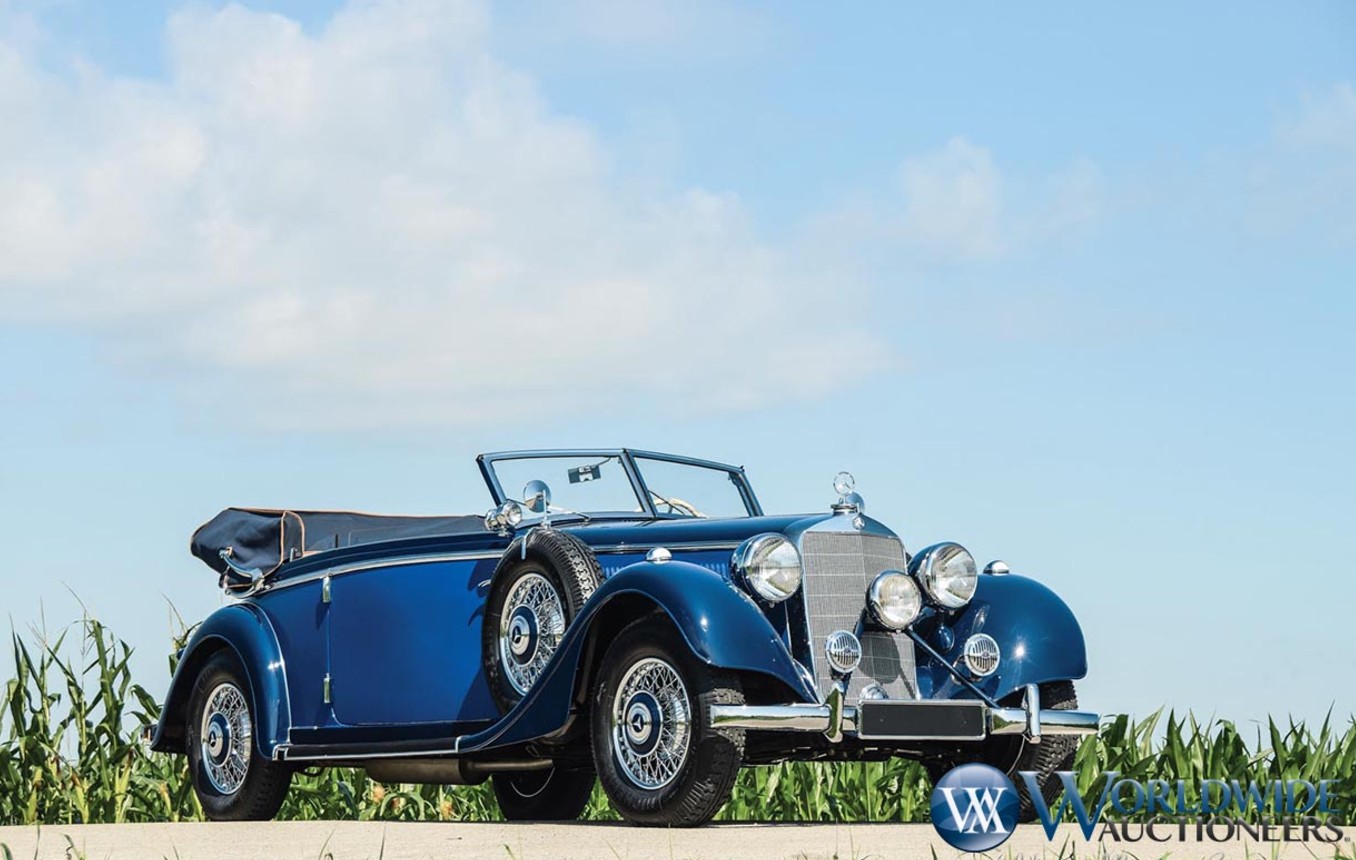 A previously-featured Stoddard-Dayton sold here as well, bringing $118,800. Now let’s talk about this sale. The Auburn sales are usually a buyer’s paradise. In fact, this year was the closest I’ve yet come to registering as a bidder and attempting to buy a car. I had my eye on this 1921 Packard Single Six Sedan.

The other Auburn sale for September was that of Auctions America. The top two sales were both Duesenbergs that we featured. The SJ Sweep Panel Phaeton was #1, bringing $2,300,000. The other, Fleetwood-bodied Model J, sold for $990,000. A distant-relative of the Duesenbergs was the Buehrig Carriage-Roof Coupe that sold here for $25,850. We award Most Interesting to this 1974 AMC Hornet Hatchback. Seriously? Yes, this was the car from The Man With the Golden Gun that performed one of the greatest car stunts in movie history. It sold for $110,000. Click here for more from this sale. 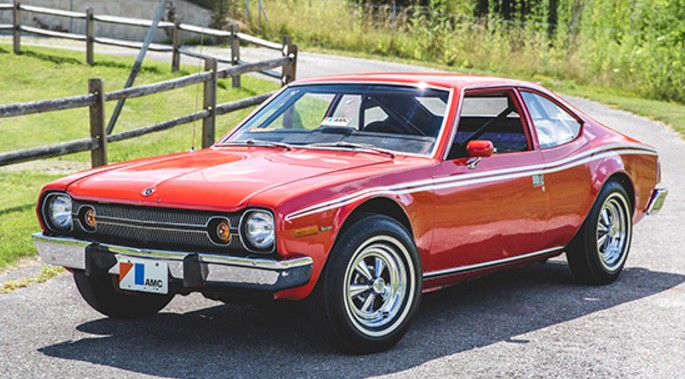 Let’s hop to RM Sotheby’s London sale. Two of the cars that sold here have been featured on this site previously. They are this Marlboro Steam car (which sold for about $12,146) and this De Tomaso Nuovo Pantera mockup for about $25,348. The top sale was this 2004 Ferrari Enzo that brought approximately $2,383,042. 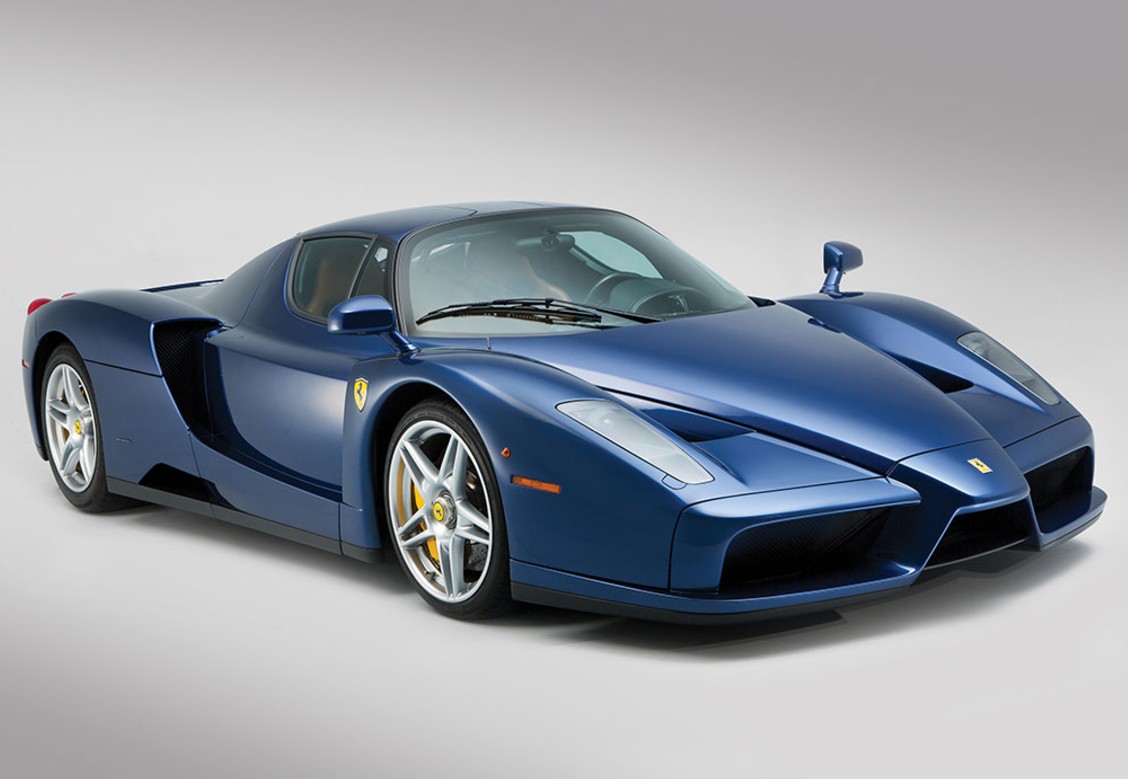 The Hispano-Suiza K6 failed to sell and complete results can be found here.

Dragone Auctions held a sale in Lime Rock, Connecticut in early September. We featured an early Cadillac that brought $80,940. The top sale was another Caddy, this one a rakish 1931 Cadillac V-16 Convertible Victoria by Lancefield for $577,500. Check out full results here. 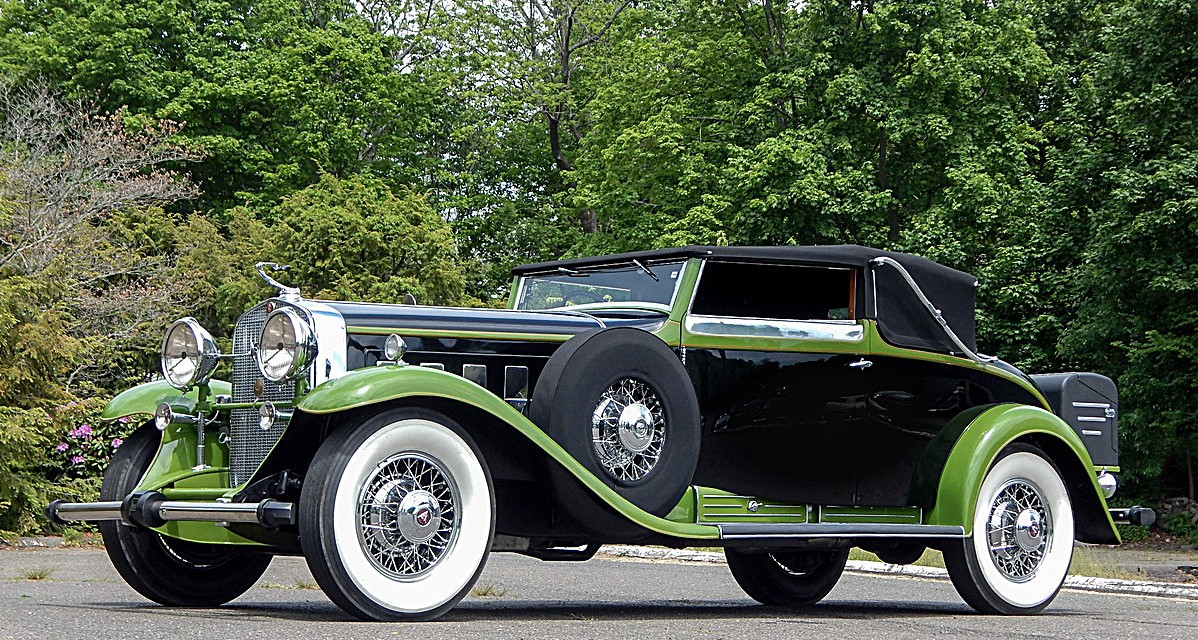 Finally, Bonhams’ second Goodwood sale of the year. We only featured one car from this sale, the Rolls-Royce Silver Dawn Fastback, and it failed to sell. The top sale, however, was this 1973 Ferrari 365 GTB/4 Daytona for $801,151. Check out more results here. 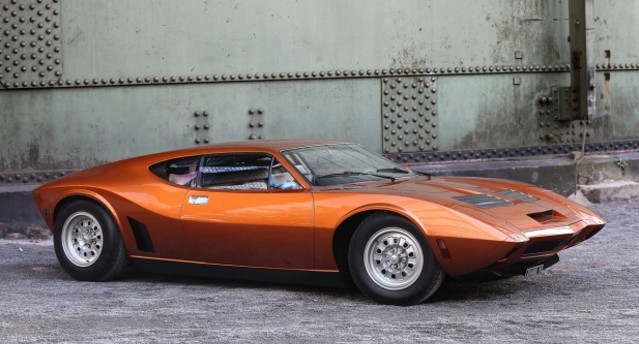 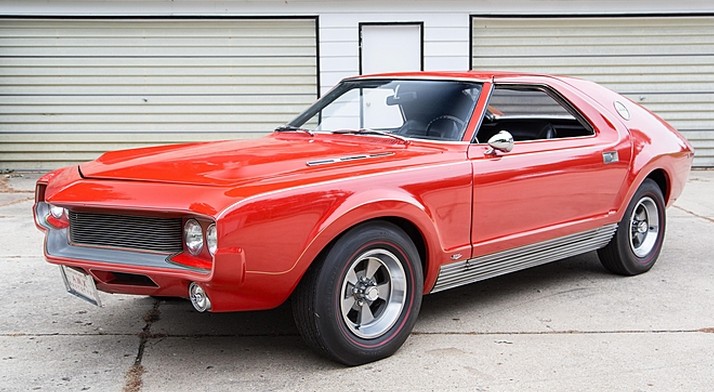 Collectible AMC vehicles are few and far between. The AMX is usually the go to, as it was American Motors’ premier muscle car. But this AMX is special – it’s an original factory prototype from two years prior to the model’s official introduction.

AMC toured a AMX prototype around the country and it generated excitement (a reaction they probably weren’t used to). So they decided to continue with the program and commissioned two fiberglass prototypes built for testing and development purposes. These test mules were lightweight four seaters with a sharp shark nose. The production cars would have two seats and steel bodies and the styling was toned down a bit as well.

In 1971, a worker at an AMC assembly plant walked up to the head of AMC and asked if he could have of the prototypes, since they were about to be destroyed. And they said yes, selling it to him on a scrap title for $50.

It is a fully functional car – powered by a 5.6-liter V-8 making 280 horsepower. The other car was likely scrapped, making this the only pre-production AMX in existence. AMCs are pretty interesting because they are unusual – this one, even more so. Click here for more info and here for more from Mecum.

Auctions America’s Spring Carlisle auction featured quite a number of cars. Some of them sold. The International Travelall we featured here, did not. Here are some of the highlights of those that did sell.