This time last week we were talking about Jaguar’s XKSS continuation series of cars. This week, it’s time to talk D-Types. This is, perhaps, the most legendary Jag. The D-Type won Le Mans three straight years: 1955, 1956, and 1957. The company managed to get 71 built, though they planned on building 100.

Which leads us to this. A couple of years ago Jaguar announced that they would finish off the 25 cars to get them to the 100 they initially wanted (though the 25 they didn’t build were intended to be XKSS examples, and nine of those never got built due to a fire… the math works, trust me).

These continuation cars were built by Jaguar using the same processes they used in 1955. Power is from a 3.4-liter inline-six. You could get them in short or long-nose form, and this is an example of the former. It’s covered less than 200 miles with its first owner.

The D-Type we featured in 2013 failed to sell with a high bid of $6.2 million. This one, supposedly built the same way, should bring significantly less. Click here for more info and here for more from this sale. 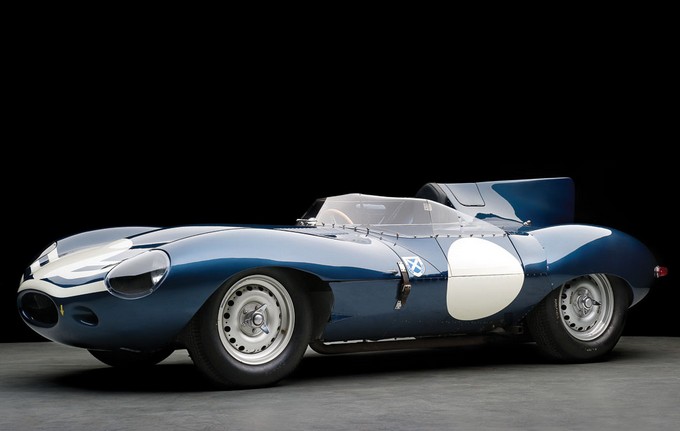