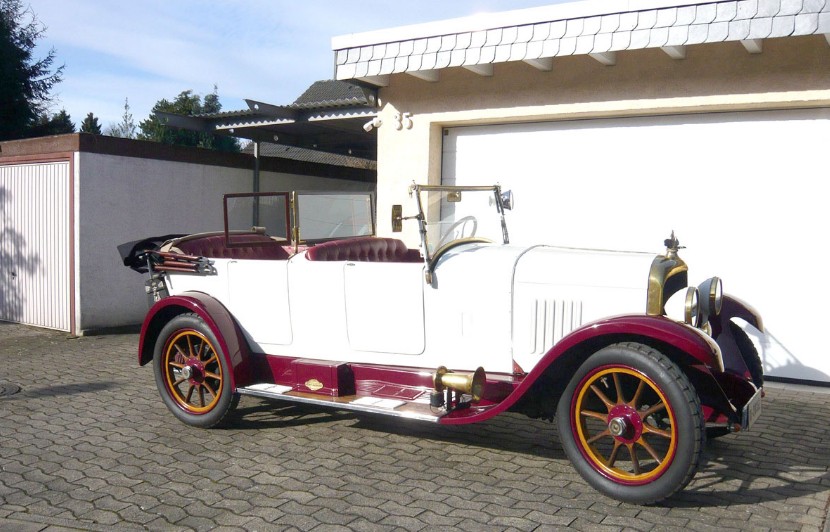 Known for their exotic coachbuilt cars of the 1930s and 40s, Delahaye cars date back to the 1890s and up until the 1930s, they resembled many other large, well-built cars. Take, for example, this Type 87 Torpedo. Looking at it in near-profile, it’s pretty hard to distinguish it from a Hispano-Suiza, Mercedes, or any number of large American touring cars also built in 1923.

The Type 87 was introduced at the 1921 Paris Auto Salon and was one of the first new Delahayes introduced after WWI. It’s powered by a 1.8-liter straight-four and it was sold in the 10CV class. This model was produced through 1926 and in total about 3,800 were built.

This particular example was discovered in the south of France in 1989. It has since undergone a complete restoration and is a solid driver, having participated in quite a few historic car driving events. It should bring between $48,500-$70,250. Click here for more info and here for the rest of Coys’ lineup.