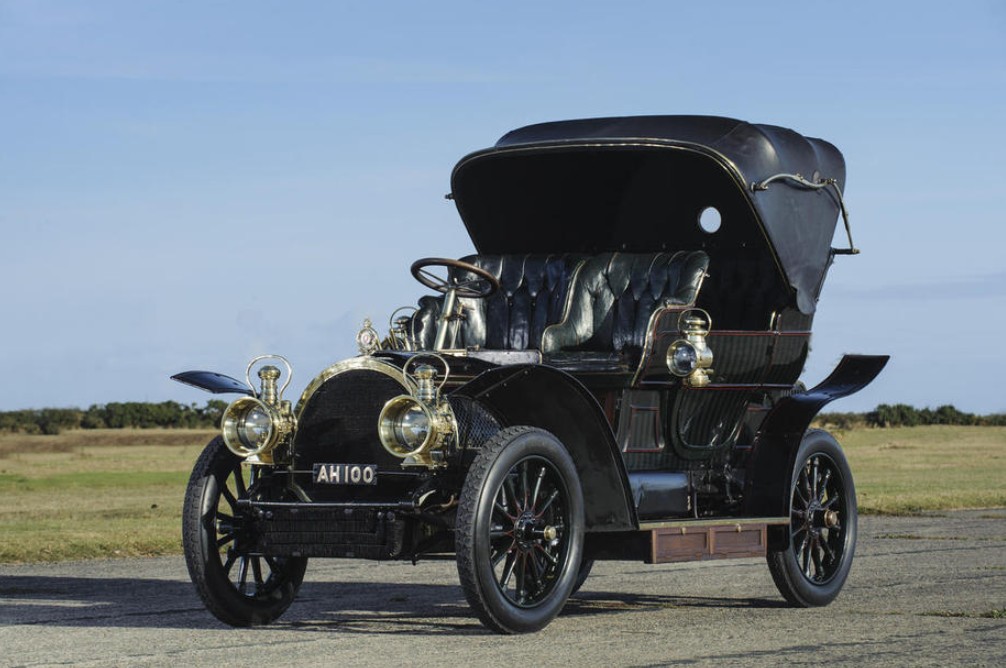 Leon Serpollet is sort of the father of steam automobiles. He invented the flash boiler that made steam vehicles practical and he began building cars under his own name in Paris in 1897. Similarly, American Frank Gardner was also building cars in Paris, although gasoline-powered. Gardner’s company lasted from 1898 to 1900, when he joined Serpollet.

Gardner-Serpollet built cars from 1900 through 1907. They were fancy things and among the best-engineered steam cars ever built. They were reliable and won many races and competitions in their day. The Type L seen here was introduced in 1904 and uses a rear-mounted boiler and a front-mounted straight-four engine making it look like a normal gasoline-engined car.

The history of this car is known back to WWII, when it was used to get around gasoline rationing. This is the only shaft-driven Serpollet in existence and one of only two Type Ls in the world. It’s a good runner and an amazing piece of history. It should sell for between $510,000-$560,000. Click here for more info and here for more from this sale.