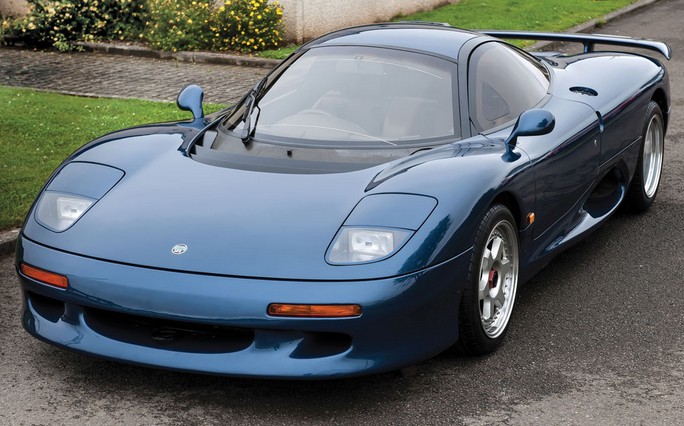 Everyone talks about the Jaguar XJ220 and how amazing it was (and how it was kind of a flop). It was one of the most well-known supercars of the 1990s. But no one ever mentions the XJR-15, the XJ220s direct predecessor and equal-in-awesomeness.

The droopy-eyed front end was styled by the same guy who went on to do the McLaren F1. The car is based around Jaguar’s Group C-dominating XJR-9 and XJR-12. The XJR-15 was a road car from the get-go, becoming the first street-legal vehicle that is fully made of carbon fiber. The engine is a Group-C spec 6.0-liter V-12 making 450 horsepower. The top speed was 191 mph (although 215 is listed – which would make it faster than the XJ220 that replaced it and the XJ220 was widely known as the “world’s fastest production car.”)

The cars were assembled by Tom Walkinshaw Racing and they sold new for approximately $1 million. 50 were scheduled to be built, but only 27 were turned out as road cars (there were 16 race versions built for a one-make racing series that ran three events in 1991 alongside the F1 calendar). It’s far rarer than an XJ220