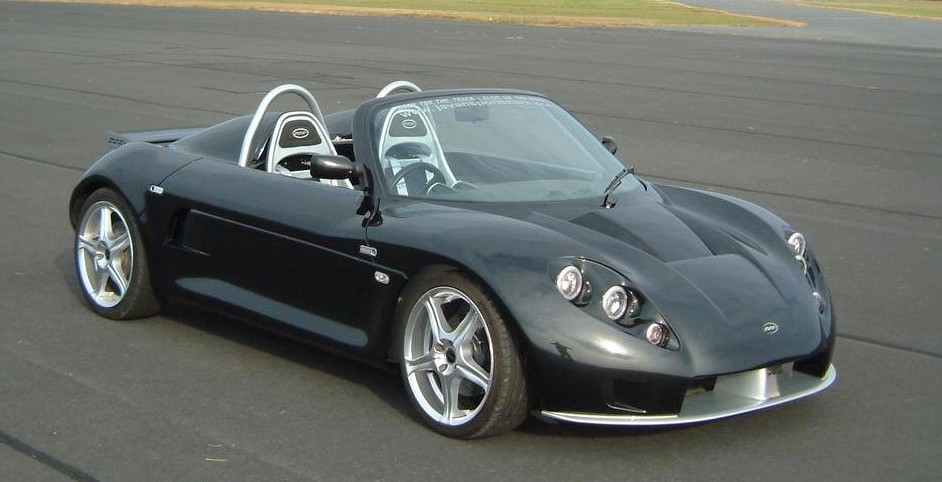 The Strathcarron SC-5A was a track-day sports car introduced in 1999. The company folded in 2001. Javan Smith set up Javan Sports Cars in 2002. In 2006, the company debuted the Javan R1 at the Goodwood Festival of Speed – it’s an evolution of the Strathcarron that is aimed at the Ariel Atom, Lotus Elise and Caterham Seven replicas.

This is the second R1 built (which didn’t happen until 2008) and it was the company demonstrator. It uses a 2.0-liter straight-four Honda VTEC making 220 horsepower and screams to a 9000-rpm redline. Acceleration numbers are impressive as 62 mph comes in 3.6 seconds and the top speed is 140 mph.

This was their publicity car and it has only covered about 3,000 miles. It would be a fun track day car for a lot less money than an Elise or an Atom. I’m pretty sure the cars are still available for purchase but I think you have to order one to have it built – but only a handful have been built thus far, so it’s definitely rare. This one should sell for between $11,000-$15,000 – which is extremely affordable for a track day car. Click here for more info and here for the rest of Bonham’s auction lineup.