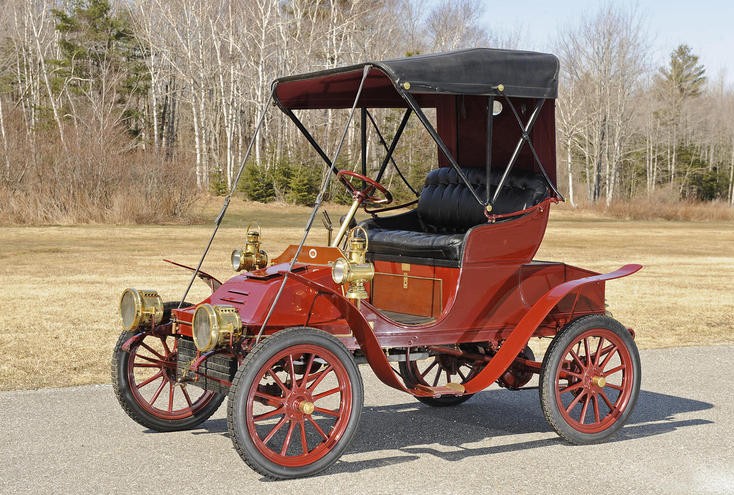 Autocar, a company that is still around producing trucks, adopted the name Autocar in 1899. Their first car was introduced in 1900. In 1907, they started building trucks and by 1911, that’s all they were making. You’d think, in the past 100 years, they may have thought about a name change, but no, Autocar remains Autocar, even though they haven’t built a car in 102 years.

The Type 10 was introduced in 1904. It uses a flat-twin engine (at a time when most companies were using an inline configuration) making 12 horsepower. It was practical and reliable and over 1,000 were built by the end of production.

The car was restored sometime around 1967. A collector acquired it in ’67 and owned it until 2008 when it went to a European collection. Because it spent the past 50 years in museums, it remains in remarkable condition. This car should sell for between $40,000-$50,000. Click here for more info and here for more from Bonhams in California.