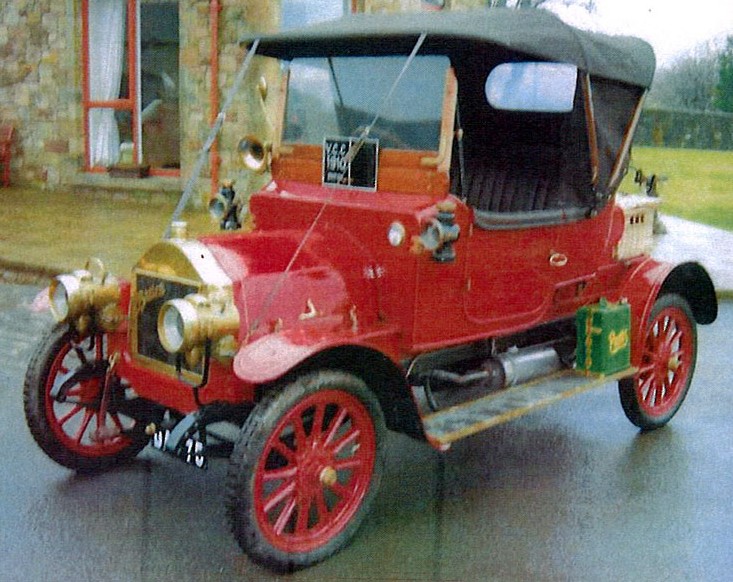 First off, apologies for the grainy photograph that was apparently taken with a circa 2002 cellphone… in a rainstorm. I can’t do anything about it (and likely, neither could the auction house) – but it doesn’t change the fact that this is an interesting car.

The Briton Motor Co. Ltd. was actually founded in 1908 as the Star Cycle Co. Ltd. of Wolverhampton. Star built a car called the Starling but when that venture proved unsuccessful, Star moved to a new facility, hired a new manager, and rebranded.

The cars were affordable and of good quality. The first model (such as the car featured) featured a twin-cylinder engine making 10 horsepower. There was a four-cylinder variant as well, but this 10hp model was much more popular. Briton survived until going out of business near the end of 1928.

This car is described as “very usable,” having just underwent a fair amount of reconditioning. It is expected to sell for between $40,500-$48,500. Click here for more info and here for more from H&H’s sale.