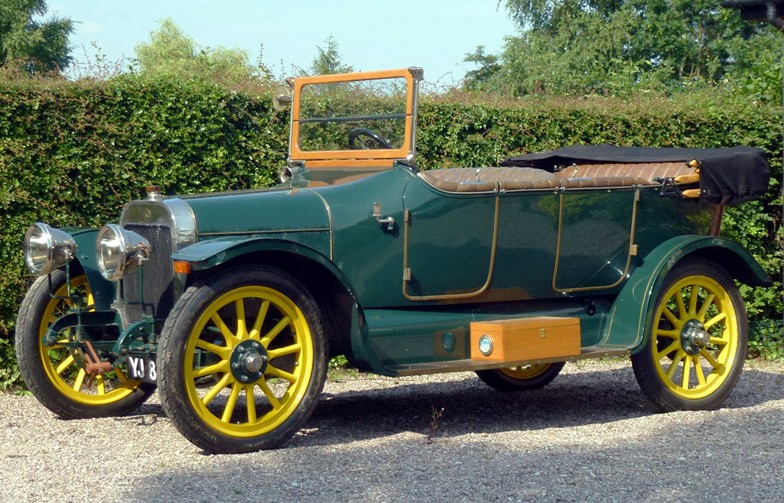 I’ve literally been waiting months to feature this car. I saw it pop up in H&H’s catalog early on and have been excited about it since. Argyll was a Scottish marque that was founded in Glasgow in 1899 by Alex Govan.

Right around 1913 was when Argyll really hit their stride. Business was expanding – in fact, this car was sold new in Sydney, Australia. It didn’t re-arrive back into the U.K. until 2001. I’m not sure about the John Deere paint scheme, but I kind of like it. I also like the upright windshield and pillarless sides when the top is stowed back.

The engine is a 12 horsepower (presumably taxable) four-cylinder. The “artillery” look of the wheels is one of my favorite early wheel styles (yes, I have multiple categories for favorite wheel styles). This just looks like a fun, usable car from what was once Scotland’s largest automobile manufacturer. It is expected to sell for between $48,500-$56,000. Click here for more info and here for the rest of H&H’s auction lineup.