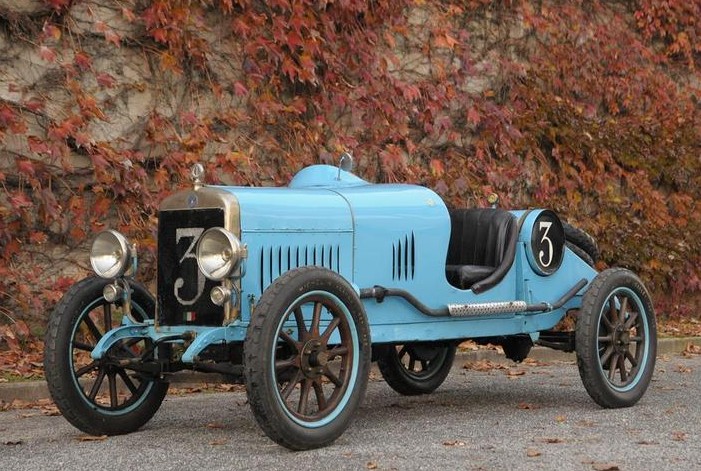 Edoardo Bianchi founded his bicycle company in 1885. Automobiles came in 1899 and early cars were luxurious. The factory was destroyed during WWII, and post-war, his name (and company) became most famous as part of Autobianchi.

By the second decade of the twentieth century, Bianchi was the second largest Italian automobile manufacturer. The Tipo 12 came about near the end of WWI. It uses a 1.7-liter straight-four making about 25 horsepower. As sporty as this early racer looks, it’s only good for about 50 mph.

This car has been in a private collection for the last decade and is really quite rare. It’s small and has the bodywork of an early competition car. It can be yours for between $66,000-$83,000. Click here for more info and here for more from Bonhams.