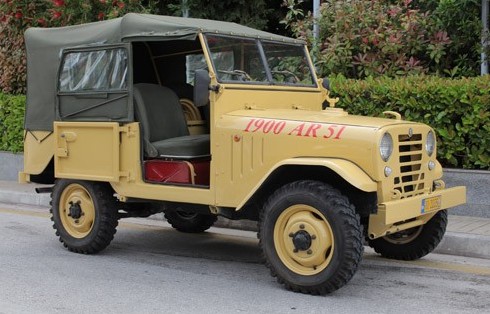 The Alfa Romeo 1900M was known widely as the Alfa Romeo Matta. It was produced for the Italian Army for a short period in the 1950s. They also produced a limited run of “AR52” models that were intended for civilian use – but those are much rarer.

It was essentially an Italian Willys Jeep – but a little more complex (which is why Alfa switched to the easier-to-repair Campagnola after only a few years). The engine here is a 1.9-liter straight-four making 64 horsepower. All four wheels are driven and it could do 65 mph.

The Matta was produced between 1952 and 1954 only. Only 2,007 AR51 variants were built. This is a very rare automobile and a well-restored, matching-numbers example at that. It should sell for between $19,000-$21,500. Click here for more info and here for more from Coys in Greece.