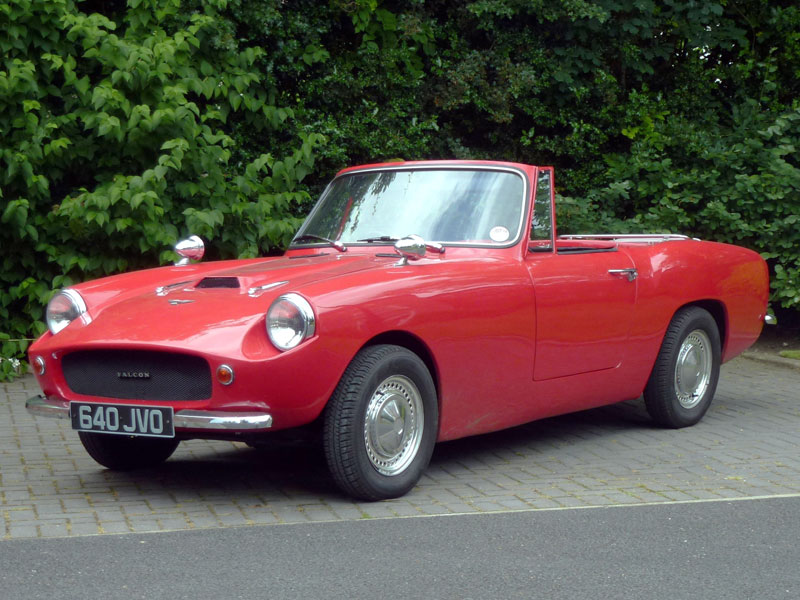 Peter Pellandine was involved in the design and manufacture of three separate automobile marques: Pelland/Pellandine, Ashley, and Falcon. The latter two were British special (or kit car) constructors. Essentially, the company built bodies to replace the less sporty bodies that their customers’ cars originally came with.

Pellandine founded Falcon Shells after he left Ashley Laminates in 1956. The company produced fiberglass cars – seven different models in all. The Caribbean was manufactured in kit (body-only) form between 1959 and 1963 with more than 2,000 sold. They were designed to fit on the pre-war chassis of the British Ford Ten. I’m unsure as to the chassis of this car, but the engine is a 1.3-liter straight-four.

The Caribbean was Falcon’s most popular model and it would be a fun, easy-to-maintain, and cheap-to-buy starter collector car. This one should sell for between $10,300-$13,700. Click here for more info and here for the rest of H&H’s Pavilion Gardens lineup.