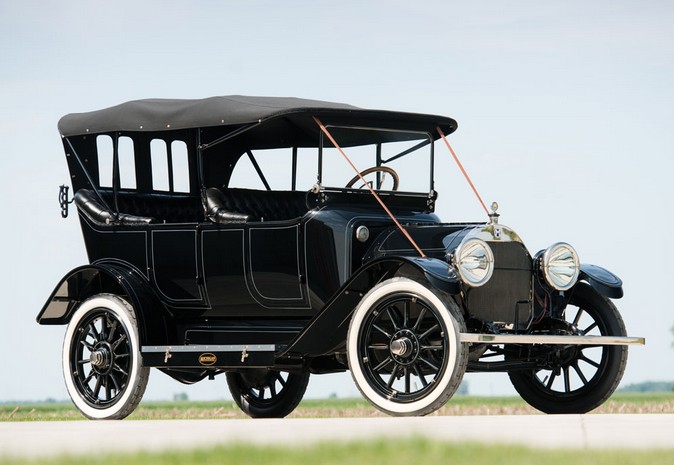 Michigan was one of many short-lived American automobile manufacturers that existed prior to WWI. It is, in fact, amazing that a car so rare from so long ago is now readily available in such fantastic condition. Michigan was founded in 1904, but production didn’t really take off until 1911. And the company closed its doors after 1913 because, strangely, company officials were shady as can be. Many of their employees were on paper only (with the managers taking their “employees” paychecks home). One of the managers actually gambled away a large portion of company funds at a horse track.

This Model R was for the 1913 model year only. It uses a 4.9-liter straight-four making 40 horsepower. Available as a two-passenger Roadster or five-passenger Touring, the original owners of this car opted for the larger of the two options.