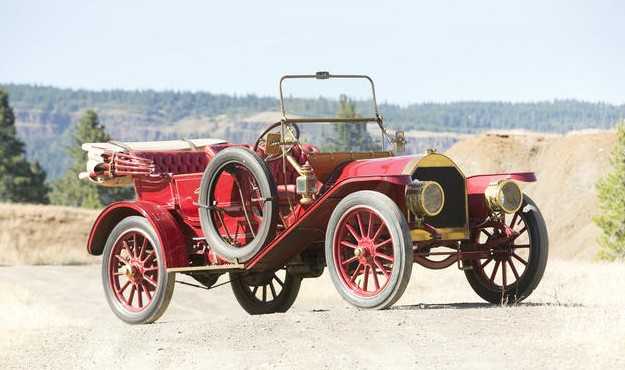 Kissel is well known among automotive enthusiasts for their Roaring-20s Gold Bug Speedster sports car. But before that, they actually produced cars under the Kissel Kar marque (the “Kar” was dropped for 1919, the debut year for the Gold Bug).

Throughout its existence, Kissel was known for high-quality automobiles and this 1910 Model D-10 was no exception. Priced as the second-cheapest of four models offered that year, the D-10 features a 50 horsepower 8.7-liter straight-four.

This car uses the 5-Passenger Touring body and has been used regularly for years. So if you’re in the market for a rare, usable, and interesting old car, here you go. It is said that this car can cruise at highway speeds. Only a few hundred Kissels are known to exist, and this is likely one of the earlier models. It can be yours for between $60,000-$90,000. Click here for more info and here for more from Bonhams.