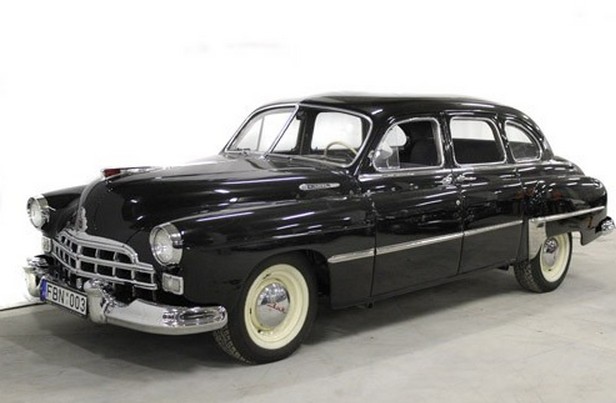 Here’s another obscure Soviet sedan. This one was built by GAZ, one of the more well-known old, Russian automotive factories. The car is sometimes called the ZIM-12, which is the name under which it was originally built, but when the namesake for ZIM fell out of favor, the Russians changed the name of the car.

It is powered by a 3.5-liter straight-six making 95 horsepower. The styling is eerily reminiscent of a 1948 Cadillac and 1947 Buick. I guess GM would’ve been really popular in Russia back in the day had they the opportunity to market their cars.

What’s interesting about the GAZ-12 is that it is the only executive, full-size car available for purchase by regular citizens – but it was priced exorbitantly, leaving it out of reach for most. But they still managed to sell 21,527 between 1950 and 1960. This one looks pretty nice and is expected to bring between $25,000-$35,000. Click here for more info and here for more from Coys.