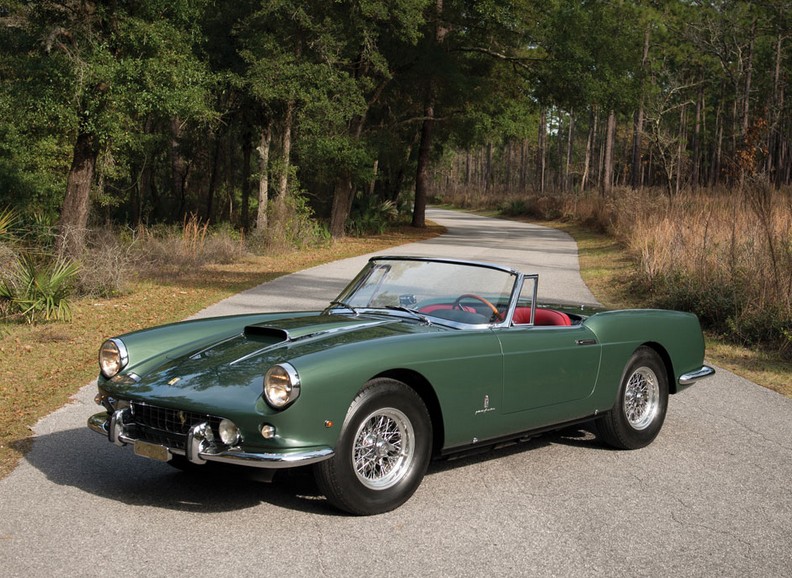 The Ferrari 400 Superamerica is a very underrated Ferrari. Maybe it’s not so much underrated as it is just unknown – only 47 were produced in total (compared to a similar vintage 250 California Spider, which is actually much more common, comparatively). A short-wheelbase cabriolet like this car is much, much rarer.

This beautiful machine is powered by a 4.0-liter V-12 making 340 horsepower. It has a smaller engine than the previous model (the 410 Superamerica) had and other upgrades. The first 400 Superamericas were all short-wheelbase cars – and only six of them were built.

The ownership history has this car bouncing between continents on either side of the Atlantic. More than half of the six SWB cars built were coupes, so this Pinin Farina Cabriolet, in wonderful Verde Bottiglia green paint – is pretty rare. The proceeds for this sale will benefit charity and it is expected to bring between $6,000,000-$7,000,000. Click here for more info and here for the rest of RM’s Amelia Island lineup.