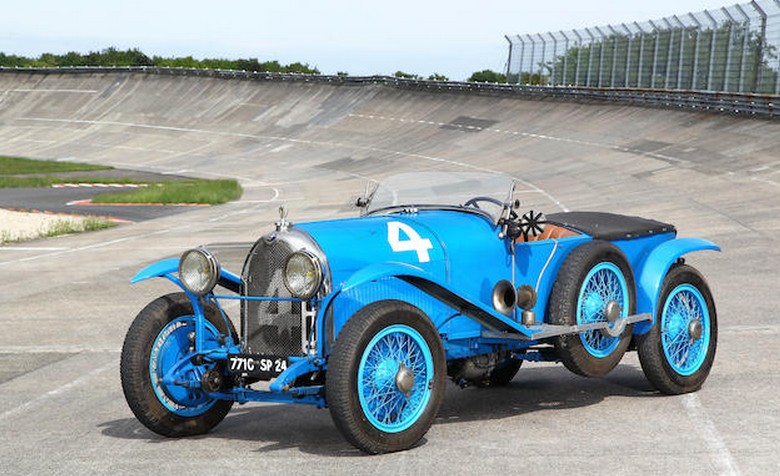 At one time, Lorraine-Dietrich shared as many 24 Hours of Le Mans victories as did Bentley (actually, they won it two years in a row, so they had more victories than did Bentley. And Porsche. And Audi. Combined). Sure, that year was 1925, the year in which this car competed – and its sister car won – the famed 24 hour race. It was the event’s third such running. Lorraine-Dietrich could trace its automotive roots back to 1896. Their last cars were made in 1935.

The model is the 15CV B3-6 which uses a 3.5-liter straight-six making somewhere from 85 to 100 horsepower. This was a factory Lorraine-Dietrich race car and its race history includes the following:

So, a very successful, early racer that continued racing with the factory through 1926 and was still competitive a decade later in the hands of privateers. Strangely, in 1949, the car was taken apart and used as farm equipment, but thankfully it was rescued and restored.

The restoration was completed in 1997 but it still looks great. Imagine how fun this would be at historic racing events. It’s entirely unassuming – unless you knew, you’d never be able to guess that this thing finished on the podium at Le Mans. It should bring somewhere in the huge range of $650,000-$1,100,000. Click here for more info and here for more from this sale.