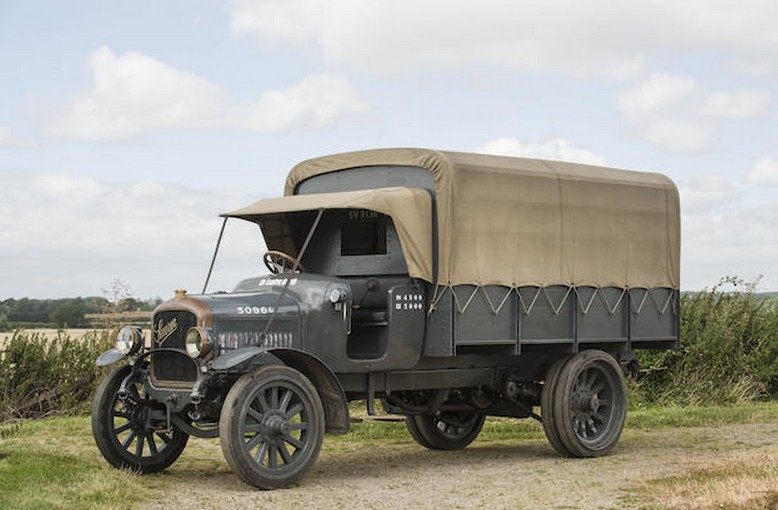 Adolph Saurer AG was around from 1903 through 1982. That’s a pretty good run, especially considering they abandoned the passenger car business more or less before the company got going.

What’s great about this truck is that it is WWI-era. So many of these trucks were either 1. destroyed during the war itself or 2. scrapped to make newer, more reliable, quicker, and efficient trucks and other equipment for WWII. So to have one that has survived is amazing. It’s powered by a 5.0-liter straight-four.

While it might be slow as dirt, it’s exceptionally interesting and carries a nice restoration and relatively recent mechanical freshening. It should bring between $25,000-$31,000. Click here for more info.

Ariès was a French vehicle manufacturer and we’ve featured a couple of their cars here on the site – but this is the first heavy commercial vehicle from the firm that we’ve seen. Ariès existed from 1902 through 1937 and commercial vehicle production began with the model above (some sources list 1910, which would make this a very early example).

What’s great about this truck is that it is pre-WWI. Sure, it was probably used by the French Army, but it pre-dates required harsh military wartime treatment. It could’ve delivered produce in the early days of the automobile. Plus, it’s a dually.

The engine here is a 5.0-liter straight-four and everything has been restored. It is described as “a joy to drive” and while I’m sure it’s interesting, it’s probably a little terrifying as well. At any rate, it should bring between $25,000-$31,000. Click here for more info and here for more from this sale.