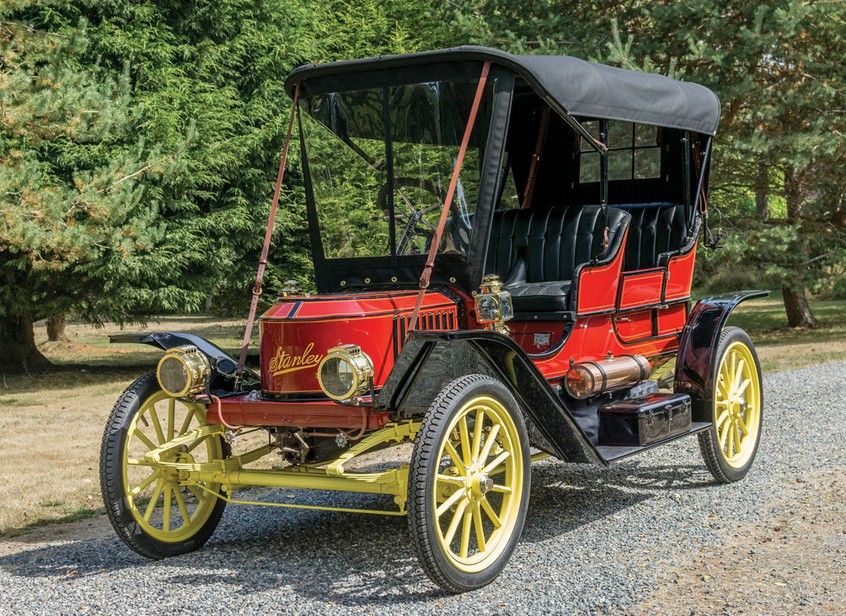 It’s everyone’s favorite steam car – the Stanley steamer. The company’s 1911 range was robust, with the Model 63 being one of two 10 horsepower models offered. It was available only in this body style with seating for five.

It is powered by a two-cylinder steam engine making 10 horsepower. The 60-Series cars from Stanley were in production from 1910 through 1913. In all, 1,165 were built with 219 of those being the Toy Tonneau. Steam cars aren’t everyone’s thing as they take special dedication and know-how to operate. But those that love them really love them. This car sort of defines early steam motoring and it has been fully restored. Check out more info here.