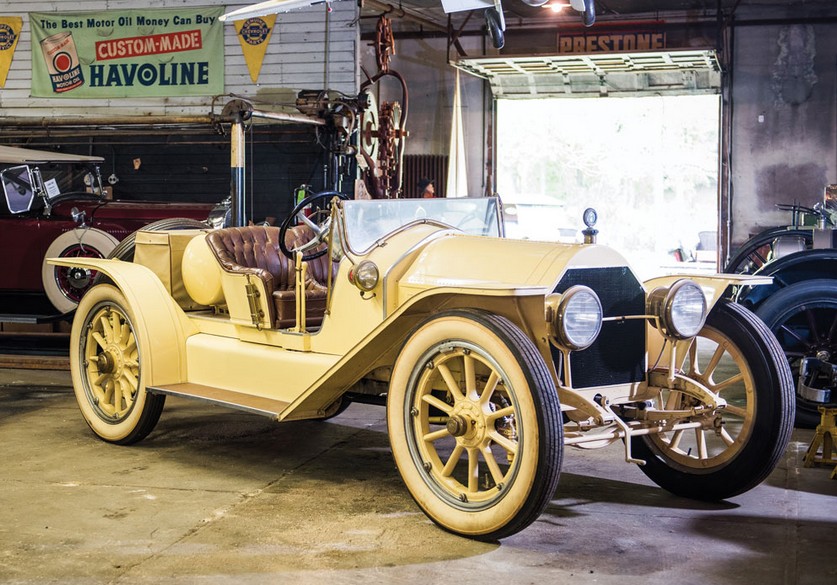 Cadillac offered only one model line in 1914 – the Four, so named because of it’s mighty 6.0-liter straight-four engine that pumped out 40/50 horsepower. The Four was offered in a variety of body styles (seven to be exact), none of which was a Speedster

This car was sold new in Jersey City, New Jersey and has known history back to 1979 when its then-owner fitted this racy two-passenger Speedster body on it. The car looks quite sporting and rather imposing. The body is described as “Mercer-style,” but if I were to hazard a guess I would say that if this car were bearing down on you, you would notice it is quite a bit larger than a comparable Mercer. It needs a quick mechanical freshening to go motoring but is otherwise excellent. Click here for more info.