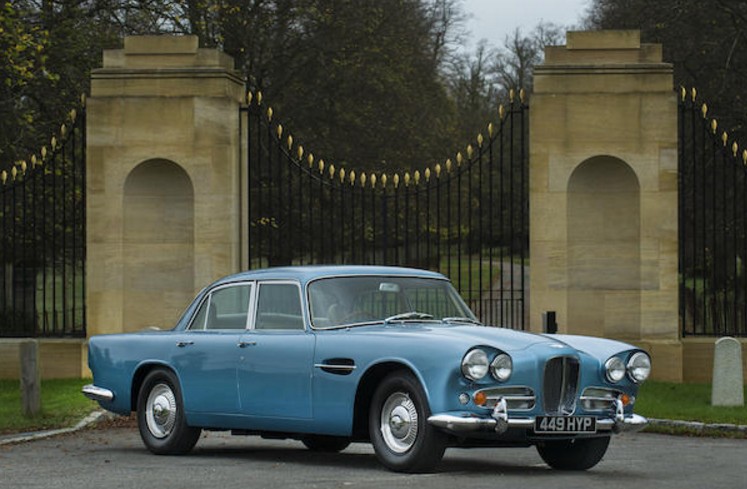 Lagonda was an automobile marque that was founded in 1906 by Wilbur Gunn and acquired by Aston Martin in 1947. It disappeared after 1958 and then re-appeared in 1961 for this four-door sedan called the Rapide. The model lasted through 1964 and the marque disappeared again. The name was then used on a few Aston Martin models up through the the 1980s. It appeared as a marque again in 2014.

This very British-looking sedan is powered by a 4.2-liter straight-six while the original engine was a 4.0-liter straight-six making 236 horsepower. This one was enlarged during restoration. The chassis is a stretched version of the one used under the Aston DB4. The body is aluminium and was designed by Touring.

These cars cost 25% more than a contemporary Aston Martin DB4. Perhaps this incredible price is why a mere 55 of these were built. Aston Martin bought this example at a Bonhams auction in 2010 and restored it themselves – so you really aren’t going to find one in better shape. It should bring between $530,000-$610,000. Click here for more info and here for more from this sale.