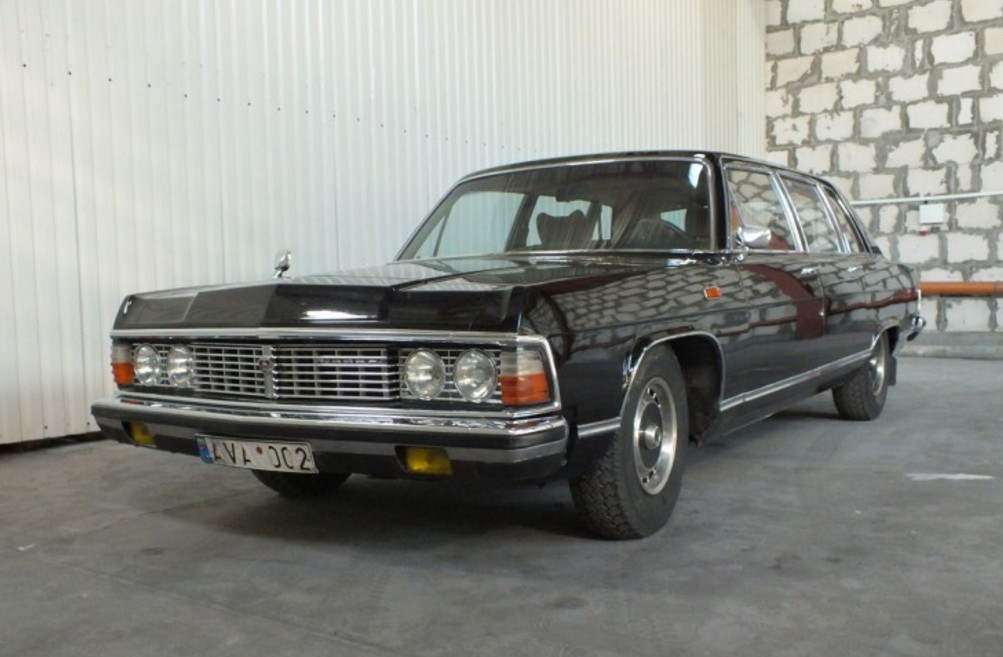 The GAZ Chaika was a Soviet luxury car built in two series between 1959 and 1988. The first series somewhat resembled an American sedan from the 1950s. This, the second series (which was built between 1977 and 1988) doesn’t really resemble anything sold in America. This wasn’t the top of the line Russian car of the day – for that, you had to step up to the ZIL Limousine.

This car is powered by a 5.5-liter V-8 making 220 horsepower. It’s a limousine and should seat six. They were generally only available to government officials, and this particular car was purchased straight from the Lithuanian government.

They only built about 100 of these per year with final production output reaching 1,114. There’s a number of them still around, but Mikhail Gorbachev had the blueprints and tooling destroyed, which is nice. This is being sold without reserve. You can read more here and see more from this sale here.