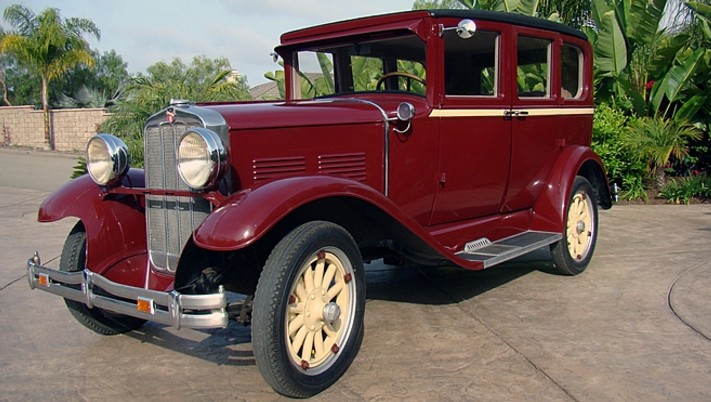 The Chandler Motor Company of Cleveland, Ohio, was founded in 1913 by Frederick Chandler after he and some other executives left Lozier. The company built quality cars priced in the middle of the market. If the company were still around, I would guess they’d be a competitor to Buick (they were just slightly less expensive than Buick in ’28).

In 1929, Chandler was bought out by Hupmobile and the marque was retired. This car is powered by a straight-six and is listed in the catalog as a Chandler Six. But in 1928, they offered both the Special Six and the Big Six. I’m sort of just assuming this was the entry-level Special Six, which could be had in a bunch of body styles and the five-passenger Sedan cost $995 when new.

Chandlers used wood frames, which is one reason the cars didn’t survive quite as well as some of their competitors. They are much rarer than they should be, considering they sold over 20,000 cars in 1927 alone. The engine was redone in 2012 and this would be a nice, affordable classic. Click here for more info and here for more from this sale.