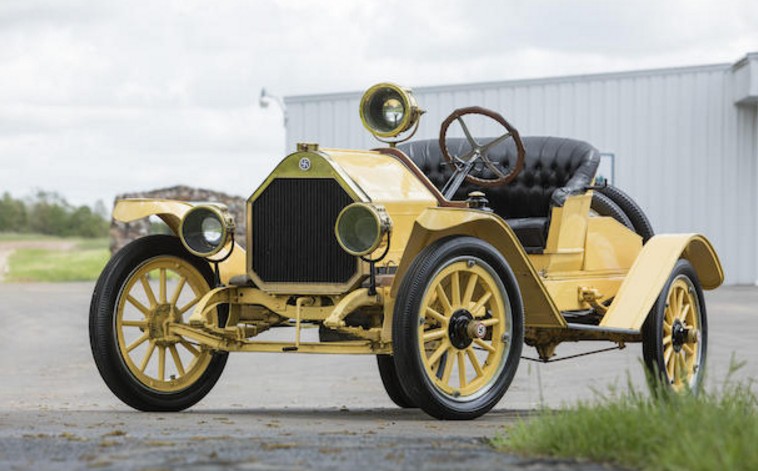 If you’ve even ever heard of the K-R-I-T Motor Car Company of Detroit, the one thing you probably know about them is that their emblem was a swastika. Fun fact. Fortunately, K-R-I-T, which was founded in 1909, went out of business in 1916 – well enough in advance of the downfall of the original meaning of the swastika, which means lucky or auspicious.

Krit (as the marque was spelled from 1913 onward) offered four different models of its four-cylinder model in 1912. The Model A was the short wheelbase version and the least expensive. It was the Roadster form and cost $800 new. It’s powered by a 22.5 horsepower 2.9-liter straight-four.

It’s an attractive and sporty early American car from a little-known, short-lived manufacturer. This example was actually used in Boardwalk Empire, which is pretty cool. It should sell for between $20,000-$25,000. Click here for more info and here for more from this sale.