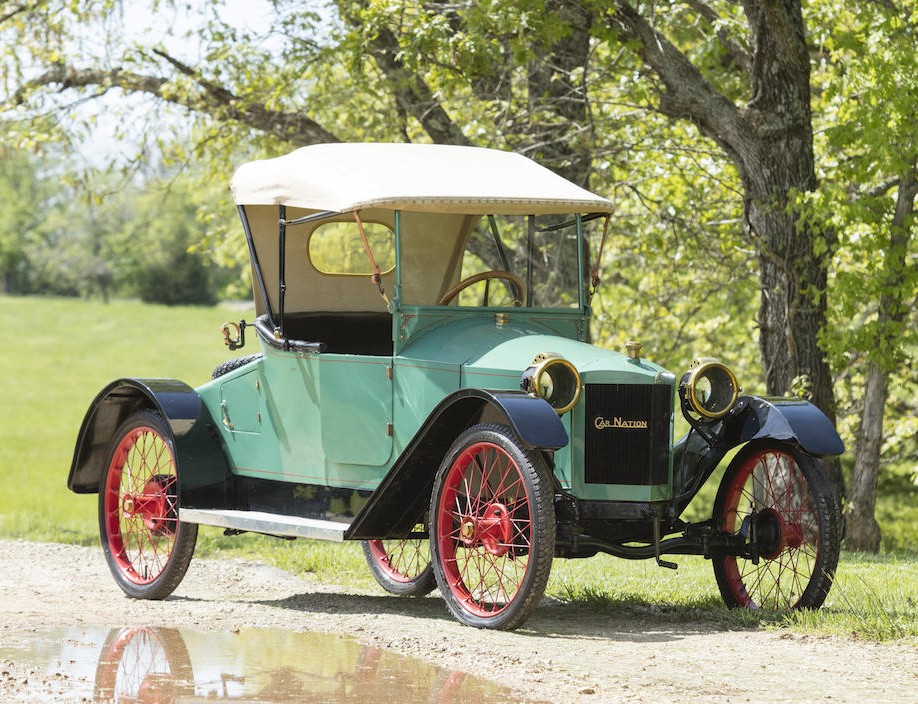 Car-Nation. Get it? Carnation. Forrest Keeton found success with his Keeton automobile and so he launched a second brand: the Car-Nation Motorette Company. Both companies were purchased by Charles Schaeffer and merged into the American Voiturette Company. The Car-Nation marque only existed between 1912 and 1915.

It’s a cyclecar, and is powered by an 18 horsepower 2.2-liter straight-four. Three models were ever offered by the company and this is the Roadster. It was the least expensive at $495 – which was cheaper than a Model T.

This car was discovered in Maine in 1954 and restored. It spent a long time in a museum but is being offered from a private owner. Only two Car-Nation Model C Roadsters are known to exist and there can’t be that many Car-Nations out there in general. It should sell for between $35,000-$40,000. Click here for more info and here for more from this sale.