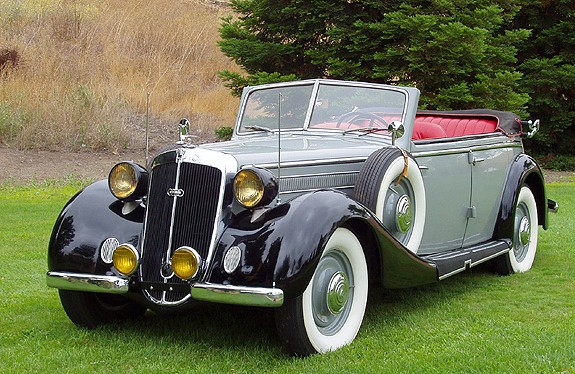 The late 1938 through 1940 930V was powered by a 3.8-liter V-8 making 92 horsepower (a 10 horsepower and 300cc bump over the 1937/early ’38 model). Most of these cars were built as a four-door sedan, two-door convertible, and two-door roadster. Only three four-door Phaeton convertibles were built. Two still survive.

It’s a stately car, for sure, but not one really associated with the Nazis (which is a good thing, but it also makes it a little less well known). This car was restored in 1982 and is currently owned by a Guatemalan, but is for sale in Las Vegas for $375,000. Click here for more info.