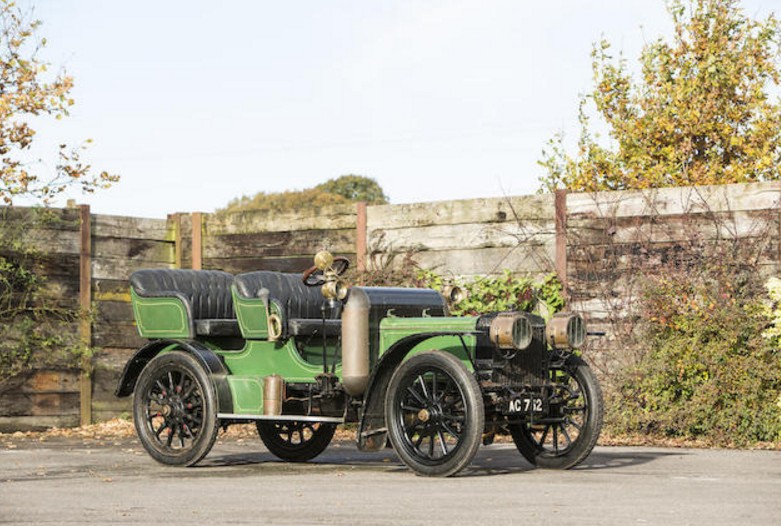 This Daimler is one of the British Daimlers – you can tell that because the original Daimler Company (the German one) stopped building passenger cars under the Daimler marque by 1905 as the Mercedes had already been introduced. This car was delivered new to an British Countess in 1905.

Luckily for the Countess, just introduced by Daimler was this 30/40HP model that sported a 7.2-liter straight-four. These were powerful, fast cars that were popular among early hill climbers and time trialers. Originally bodied by Rothschild et Fils of Paris as a landaulette, the body you see here was fitted in the 1970s.

Unfortunately the original body was lost after the car was left to sit unprotected in the elements for about five years during WWII. Luckily, the lamps and wooden wheels were preserved. Ownership of this car has bounced all over the world, from the U.K. to Hawaii to Japan and back. It’s a good driver with good power and would make a usable Edwardian tourer. It should bring between $68,000-$80,000 at auction. Click here for more info and here for more from this sale.