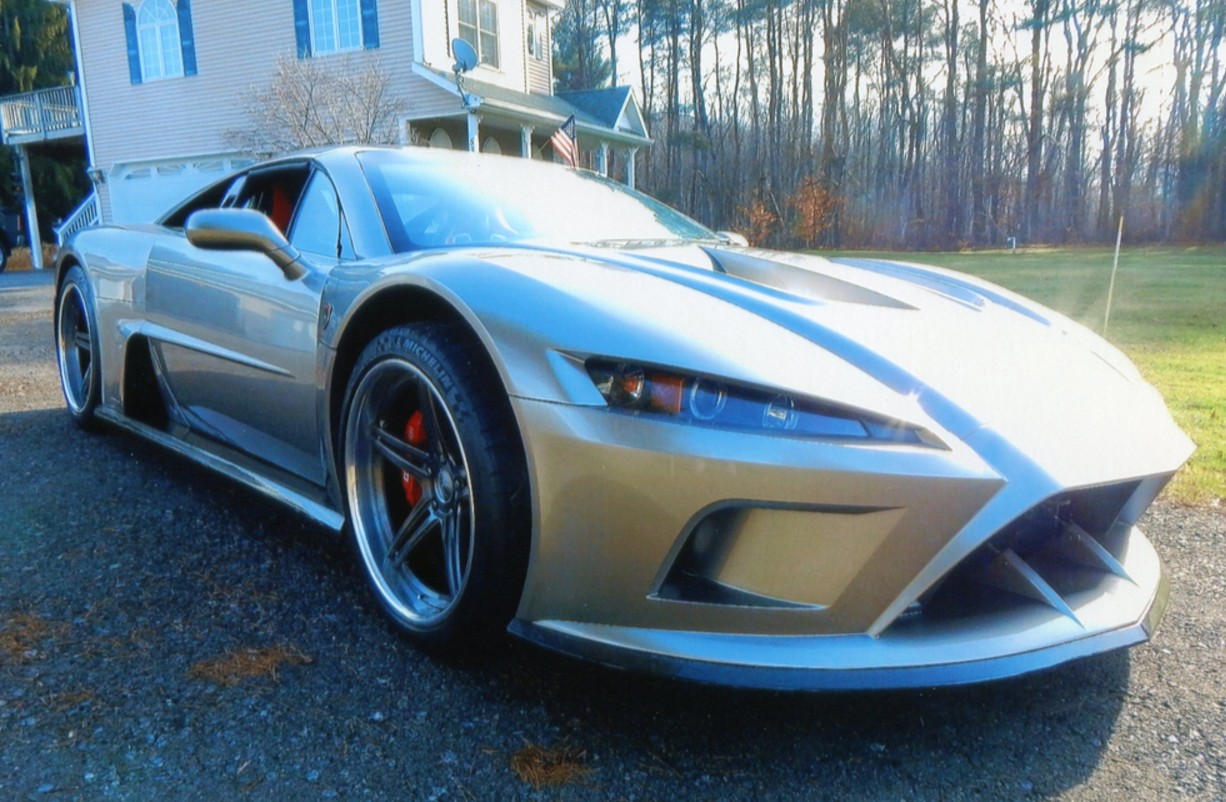 You may have never heard of the Falcon F7 or Holly, Michigan, based Falcon Motorsports, but they’ve done what a lot of start up supercar manufacturers struggle to do: actually build and sell a complete automobile. Founded by Jeff Lemke in 2009, Falcon showed the F7 for the first time at the 2012 Detroit Auto Show. That’s a pretty quick development process. It’s not a kit car either, this is a full on, hand-assembled supercar.

And, like most other start up supercar manufacturers that actually manage to get off the ground, the F7 uses parts and technology that other manufacturers have perfected. For instance, the engine is a 7.0-liter GM motor that has been fitted with a few Lingenfelter performance parts to generate 640 horsepower. That’s good enough for a sprint to 60 in 3.3 seconds and a top speed of about 190 mph.

The body is made of carbon fiber and Kevlar and they are wrapped around an aluminium and carbon fiber chassis. The thing certainly has supercar looks – and supercar rarity. As of 2015, the company has only built nine examples of the F7 (though it looks like they will still build you a new one if you want it). Total production is unlikely to ever surpass 25 units. When new, this car would’ve cost the owner about $250,000. Barrett-Jackson sold the first-ever F7 last year for $198,000. The car you see here is the second F7 built and should bring a similar amount. Click here for more info and here for more from this sale.