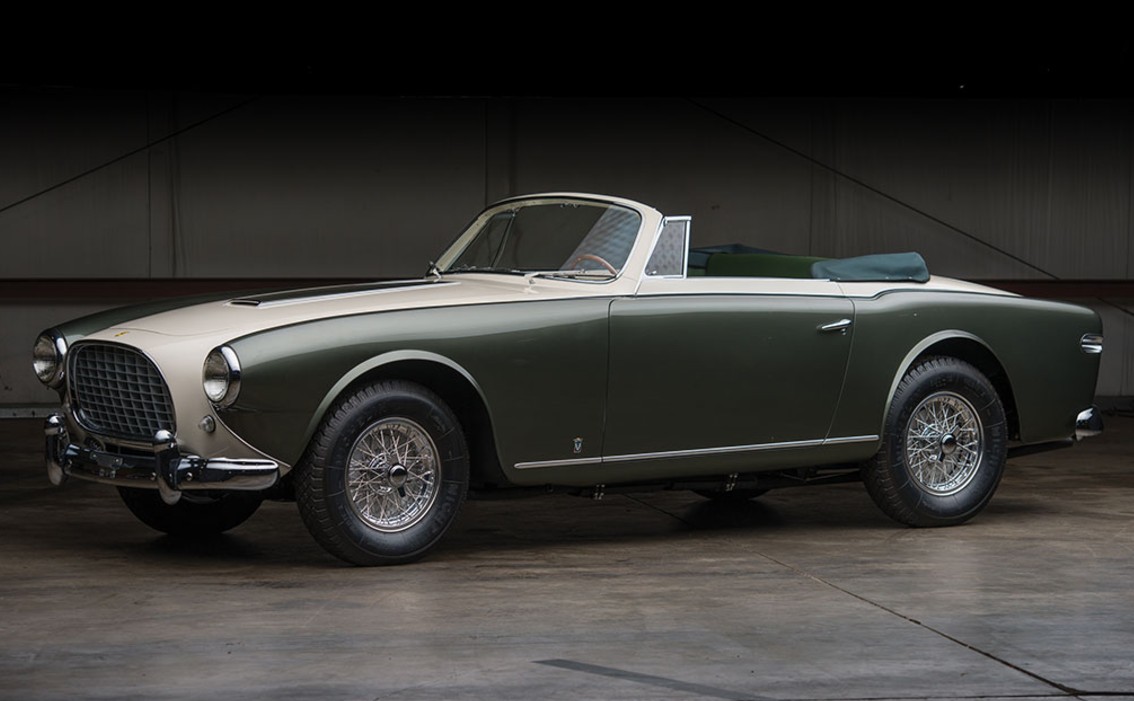 RM Sotheby’s really packed their Monterey catalog this year, so much so in fact that I thought they were finished adding cars to it so I mapped out which cars to feature over the three weeks prior to the Pebble Beach Weekend. And then they added these three rare Ferraris. Time is tight, so they are being combined into one post. Enjoy the Ferrari overflow!

The 342 America was the second car in the Ferrari America line, produced in 1952 only. It’s powered by a 4.1-liter V-12 making 200 horsepower. This particular car is the only 342 America bodied by Vignale and it totally has that early-1950s Ferrari appeal.

The amazing thing about the 342 America is that Ferrari only built six examples (with this being the first). Six! That’s it. It’s one of the rarest road-going Ferraris ever made. Only three of them were drop tops and this car was delivered new to Switzerland. The current owners acquired it in 2007 and had it restored to the spec you see here. The estimate on this car is $2,250,000-$3,000,000. Click here for more info. 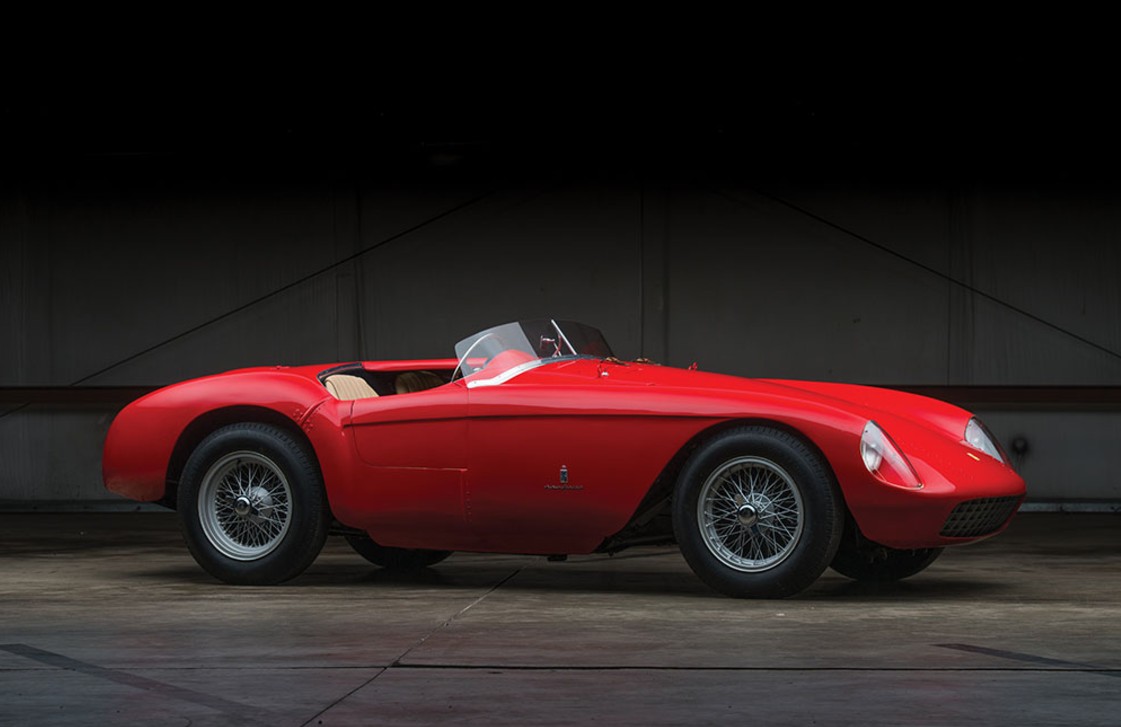 The car in this photograph definitely has the look of a child’s car. But it is not, as it is a true Ferrari race car. It started life as a 500 Mondial, the third car in Ferrari’s Monza line of sports racers. Bodied by Pinin Farina, it doesn’t quite resemble other 500 Mondial Spiders by the same coachbuilder.

Before it left the factory, Ferrari installed an engine from the slightly-earlier 735 S race car. That means this 500 Mondial is powered by a 2.9-liter straight-four that puts out 225 horsepower. That’s actually quite an upgrade over the Mondial’s comparatively weak 170 horsepower, 2.0-liter unit. To this day, no one knows why Ferrari built this car this way.

Sold new to a man in California, it spent its early days tearing around tracks on the West Coast in regional sports car races. The current owner has had the car since 1999, meaning it is being offered from relatively long-term ownership. It’s one of only 13 Pinin Farina Spider-bodied 500 Mondials. And possibly the only one with a 735 S engine. It should bring between $4,000,000-$5,500,000. Click here for more info. 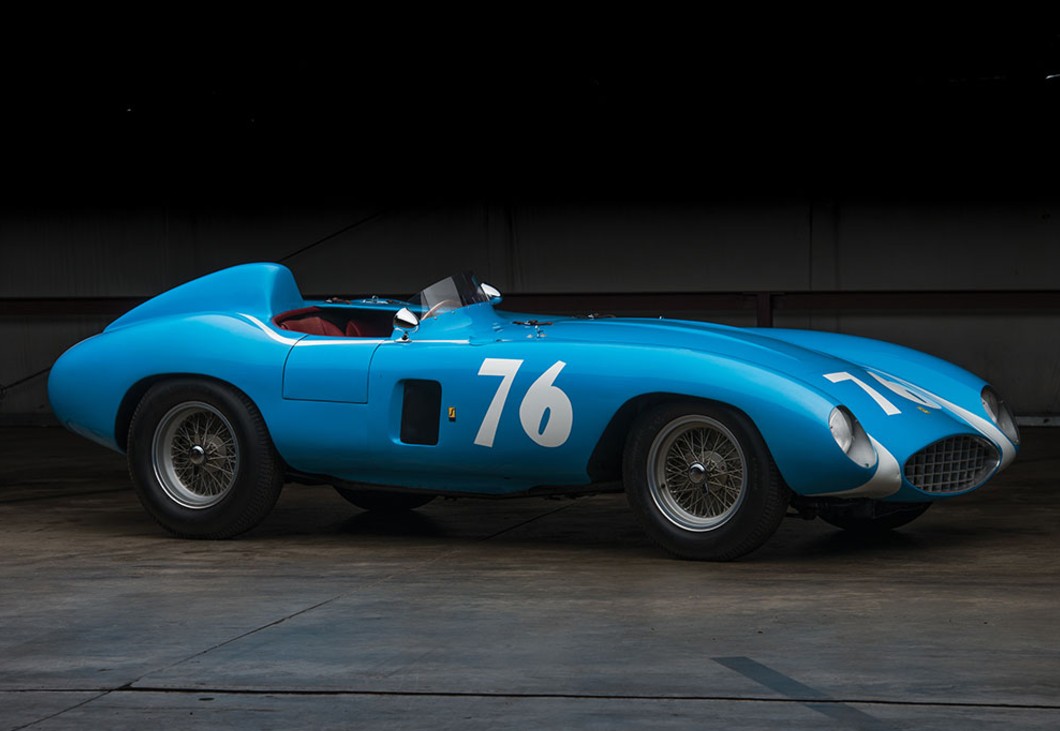 This is one of the more obscure Ferraris. But because it’s a sports racer from the 1950s, that means it’s worth a huge amount of money. Ferrari’s chief competition during the 1955 World Sportscar Championship were cars like the Jaguar D-Type. So Ferrari went head-to-head, developing a monster six-cylinder engine to take down the English.

This car is powered by a 360 horsepower 4.4-liter straight-six. This chassis began life as a 118 LM and was one of two examples of that model to be upgraded by the factory to 121 LM specification. In this new spec the cars were unbelievably fast: capable of over 180 mph! The race history for this car includes:

After that, Ferrari sold it and it entered service as a privateer car in California road races. Unfortunately, driver Ernie McAfee was killed while racing this car in Northern California. The then-owner rebuilt it and the present owner acquired it in 1997. This is a rare chance to acquire a factory Ferrari Le Mans racer. One of just four 121 LMs built, it should bring between $6,500,000-$7,500,000. Click here for more info and here for more from this sale.