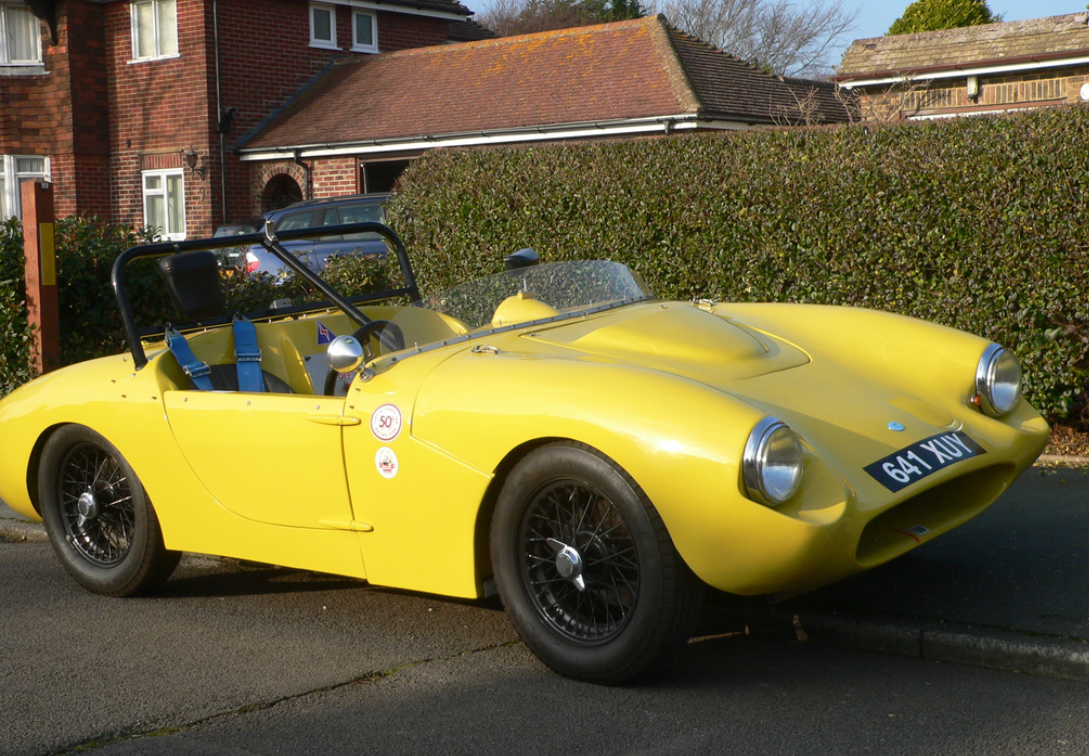 Fairthorpe Cars was one of a handful of British sports car builders that popped up in the 1950s. Founded by Donald Bennett, a high-ranking Air Force member, in 1954, Fairthorpe offered fiberglass kits to fit around a variety of different engines.

The Electron was introduced in 1956 and the body was based on the Microplas Mistral. The engine of choice, as this car sports, was a 1.1-liter Coventry Climax straight-four (which, during this car’s restoration, was bored out to 1.2-liters and 112 horsepower). Other running gear came from a Triumph TR3.

The Electron was technically available through 1965, but Fairthorpe sort of cut into its success by offering a cheaper version (with different styling) called the Electron Junior. Because of this, only 21 or 22 Electrons were ever built and it is thought that only seven remain. This car was rescued from pretty rough shape and lovingly restored in order to use it at track days. It’s a light, sprightly little car and it should sell for between $31,000-$37,000. Click here for more info and here for more from this sale.