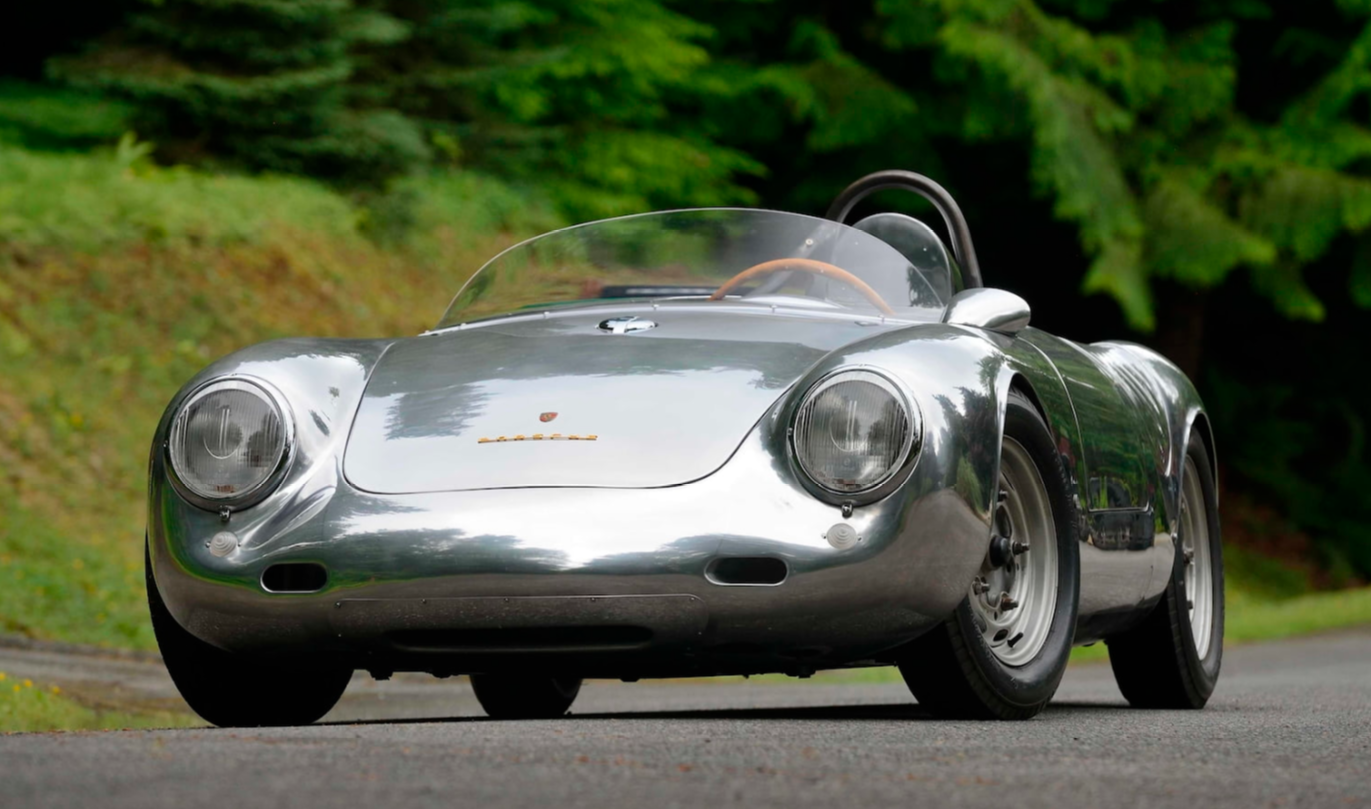 Have you ever seen one of these in person? Or, I guess, have you ever heard one? They’re loud. And it is intoxicating.

The 550 Spyder was a race car (that you could drive to the track) from Porsche that was available from 1953 through 1956. The 550A was an evolution of the original car and was only available in 1956.

The differences included a tubular space frame (as opposed to the normal 550 Spyder’s ladder frame). This increased rigidity and decreased weight. The transmission got an extra gear (up to five) and the wheels lost an inch in diameter. The improvements were designed to increase the car’s competitiveness on track. The 1.5-liter flat-four was a carryover, but made 135 horsepower in this trim.

This car is thought to have originally been owned by the Piech family (they who own 10% of Porsche today) before being sold to its first owner: a famed Austrian concert pianist and composer. And he raced the pants off this car, winning circuit races and hillclimbs in the late 1950s in Austria and Yugoslavia.

After that it went to the U.S. and spent a lot of time in SCCA races. The current owner found the car over 30 years ago and spent most of the time since restoring it. It shows fewer than 600 miles since restoration. Only 39 examples of the lightweight 550A were built, making this a big money car at Mecum in Monterey. Click here for more info and here for more from this sale.