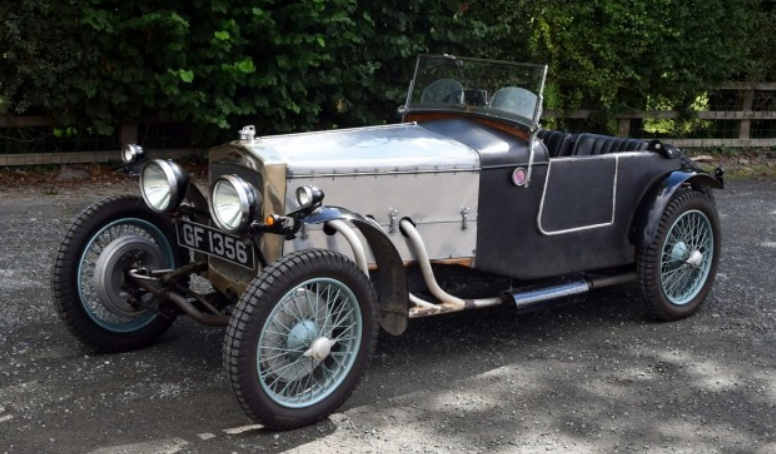 The first two models from Frazer Nash were the quite-similar Fast Tourer and Super Sports. This is a later example of this early model, which was available from 1925 through 1930.

This car is fitted with a replacement 1.5-liter Meadows straight-four that was installed in 1930 when this car was being used as a demonstrator. No gearbox or rear differential came with the car and they instead use a series of chains and sprockets connected to the rear axle. It’s strange, but these were very fast cars in their day.

Only 165 examples combined between the Fast Tourer and Super Sports were produced, making this car very rare. It’s usable (and has been used frequently) and was acquired by the current owner 55 years ago. It should bring between $195,000-$235,000. Click here for more from this sale.