There were two different Yale-branded automobiles that came out of the Midwest U.S. before 1920. The first was the company that produced this car. The Kirk Manufacturing Company of Toledo, Ohio, built bicycles before turning to cars, for which they used the Yale name.

This car is from the marque’s final year of manufacture, 1905, in which three models were offered. The G was the mid-range model and was only available as a side-entrance, five-passenger tonneau. The engine is a flat-twin that was rated at 14/16 horsepower when new.

David Dunbar Buick‘s first cars were sold in 1904. That year’s Model B gave way to 1905’s Model C, which was only offered as a five-passenger touring car. In total, 750 were built, which is more than the 37 churned out the year prior.

Power is from a 2.6-liter inline-twin that made 22 horsepower when new. The major differences between the B and C was the color. The C was delivered in royal blue with cream wheels – just as this one has been restored.

This particular car is the fifth-oldest Buick known to exist. No Model Bs survive, and there are 14 Model Cs still around. The expected price range is $40,000-$60,000. It cost $1,200 when new. Click here for more info and here for more from this sale.

Lorraine-Dietrich built cars and airplane engines after branching out from railway locomotives in the late-19th Century. Bollée-designed cars were first, beginning in 1896 under the De Dietrich marque. The brand become Lorraine-Dietrich in 1905, and automobile production lasted through 1935.

Racing had always been a part of the company. In fact, they won Le Mans twice in the early years. The company was involved in racing as early as about 1903. This car was built to replicate the period factory racers. It’s a true 1905 chassis, but the body was added in the 2000s. Power is from a 8.6-liter inline-four rated at 60 horsepower.

It certainly looks the part of an Edwardian race car, and it is apparently quite usable too. There are similar cars from this brand around, although I’m unsure of their provenance or originality. This seems like a good way to get pretty close to the real thing. The pre-sale estimate is $110,000-$170,000. Click here for more info and here for more from this sale.

Reading is hard. It has taken me far too long to realize that this car was built by Demeester, of Courbevoie, France, and not by Deemster, of London. Automobiles Demeester was founded in late 1905 by Leon Demeester and Dominique Lambejack.

The company built small cars, starting with twins and singles and eventually progressing to a line of four-cylinder cars before the company closed in 1914. This very early example is powered by a 1.1-liter inline-four that made eight horsepower. Demeester bragged that its eight-horsepower four-cylinder engine was the smallest such powerplant in the world.

This car has been in the ownership of the same family since 1966. It even retains its original bodywork. Side note, based on other sources, the 1.1-liter four may not have been introduced until 1907, meaning this car could’ve been built a little later than it is currently titled. It should sell for between $24,000-$36,000. Click here for more info and here for more from this sale. 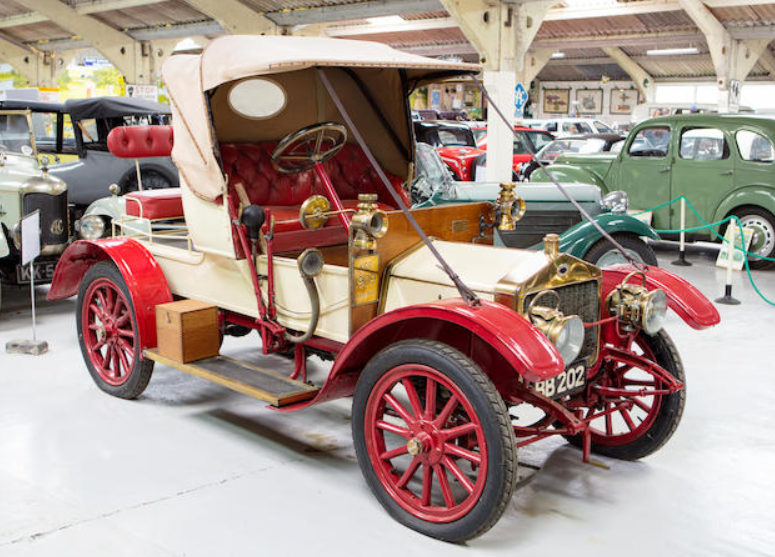 Alldays & Onions is one of my favorite automotive marque names. It just sounds funny. It was actually two people’s last names from their respective companies that merged in 1889. Cars were available from 1898 through 1918.

This, the 10/12HP was their most successful model, built from 1905 through 1913. Power came from a 1.6-liter two-cylinder engine and this example has been in the same ownership since 1971. A longtime museum car, it does get driven annually, but you might want to check it out a little more thoroughly before planning any road trips. It should bring between $28,000-$33,000. Click here for more info. 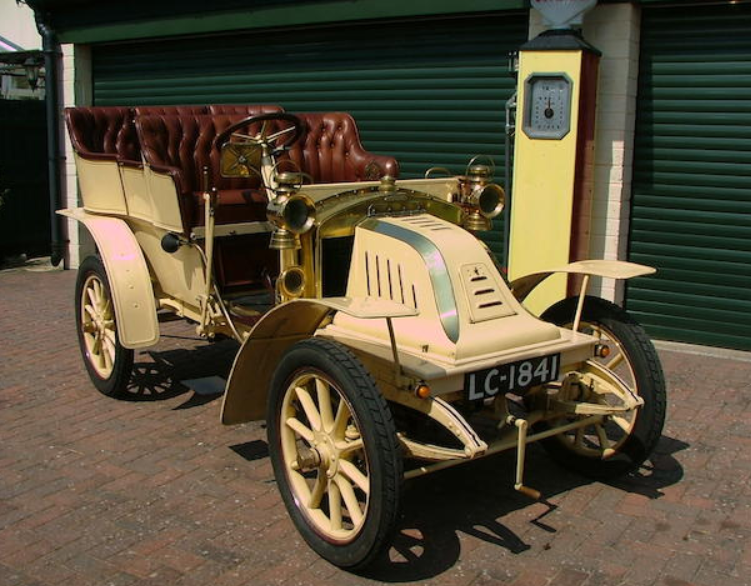 Corre was founded in 1901 by Jean-Marie Corre in Levallois-Perret, France. The company actually lasted until 1949, but the name had changed to La Licorne. Corre-branded cars were only produced through 1907 when the company became known as Corre-La Licorne.

Paige-Detroit has an amusing early history. Harry Jewett bankrolled a car built by Andrew Bachle and promoted by Fred O. Paige in 1909 in Detroit. The Page-Detroit went on sale in 1909 and after 1910 production was halted because Jewett thought the cars were terrible. He forced Paige (company president) out and dropped the “Detroit” suffix and re-launched Paige, which lasted until he sold it to the Graham Brothers in 1927.

This “Model No. 1” is one of those early “terrible” cars. This was the first – and only – model sold by Paige-Detroit and it’s powered by a kind of weird two-stroke, 2.2-liter three-cylinder engine that was somehow capable of 25 horsepower. Only two of these are thought to still exist and this one was reportedly part of the Henry Ford from 1930 until 1985. It’s been in Belgium since 1993 and probably hasn’t been run since it went to the Ford Museum way back when. Completely original, it should bring between $57,000-$83,000. Click here for more info. 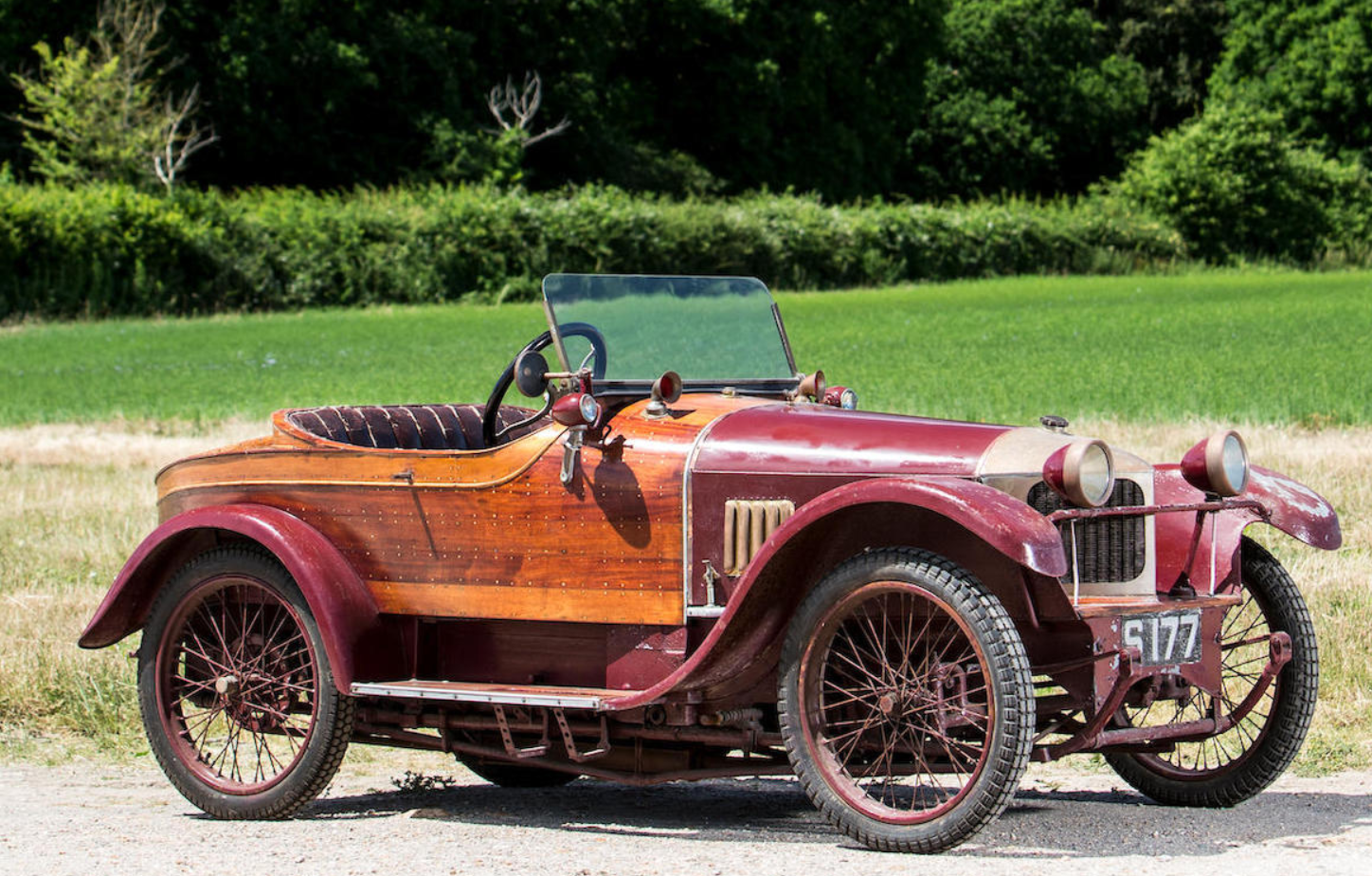 Ransom Olds is one of only a few people to have independently founded more than one successful automobile company. August Horch and Henry Leland come to mind, but I’m not sure who else. This 1905 Touring is from the second year of Reo production.

The 16HP was Reo’s two-cylinder model and it was offered in four body styles, with this being the largest. Four-cylinder and single-cylinder models were also offered. This largely original car comes from a Belgian collection where it has remained since 1994. 113-years-old, it should bring between $26,000-$38,000. Click here for more info and here for more from this sale.