Sidney Horstmann and his brothers founded a company producing transmissions and other automotive components in 1904. In 1913 they branched out into automobiles… like fully assembled ones.

At the end of WWI, the company dropped the final “N” from their name to make it look less German. Automobile production continued through the end of the 1920s. Approximately 3,000 cars were made by the firm in that time.

This rare survivor features body-color disc wheels and a 995cc inline-four. The car is said to require a little TLC, but it’s a good chance to acquire a rare, nearly-100-year-old car that appears to be in decent shape. It is expected to sell for between $19,000-$24,000. Click here for more info and here for more from this sale.

One of the grand French “Ds”, Delaunay-Belleville was one of the more expensive options when shopping for a French car, pretty much from their inception in 1904 on into the 1920s. The P4B was introduced in 1922 and would last until 1927, which was about the time the company started to fade away.

It is powered by a 2.6-liter inline-four, and the car retains the company’s signature circular grille, although by this point it was more of an oval. Though a two-door, this car is likely larger than it looks and has sort of a Bugatti-ish feel when looked at from the front.

Delaunay-Belleville cars were expensive when new and were not sold in the largest of numbers. They remain rare today – and expensive. This car carries an estimate of $71,000-$94,000, which is significantly cheaper than other cars from this marque that we’ve featured. Click here for more info and here for more from this sale.

Lancia’s Lambda was a groundbreaking car. It was the first unibody production car and featured an independent front suspension and a narrow-angle V4 powerplant. The Lambda was produced in nine series between 1922 and 1931. Lancia also produced a “Dilambda,” which was less interesting.

The 3rd Series Lambda was built in 1924 and featured an updated 2.1-liter V4 that produced 49 horsepower. This Torpedo-bodied roadster was sold new in Uruguay and later spent time in Briggs Cunningham‘s museum.

About 800 examples of the 3rd Series were built. This example looks incredibly sporty for 1924, and it’s burgundy finish is quite striking. Gooding lists a pre-sale estimate of $405,000-$510,000. Click here for more info and here for more from this sale.

Haynes, which got its start as Haynes-Apperson, was actually around for quite a long time, considering their rarity today. Haynes-Apperson sold their first car in 1898 but parted ways in 1904. Haynes soldiered on alone for another 21 years until they went bankrupt in 1924 and were liquidated in 1925 – the same year company founder Elwood Haynes died.

The Model 60 five-passenger touring car was actually the most inexpensive car the company ever built. And look at it – it’s a big, imposing thing. Power is from a 50 horsepower straight-six. Five body styles were offered, and this one cost $1,295 when new. A 1925 Model T would’ve run you $290, for comparison.

This car is an AACA award-winner (1993) and exists as a rare example of one of America’s pioneering automobile marques. It should sell for between $25,000-$35,000. Click here for more info and here for more from this sale.

The Smith Flyer went on sale in 1916, and it was a two-seat buckboard driven by a fifth wheel located out back. Briggs & Stratton bought the design in 1919, and it was sold as the Briggs & Stratton flyer thereafter. In 1924, they sold the rights to the Automotive Electric Service Corporation, who began to market the cars as the Red Bug (and sometimes the Auto Red Bug).

Between 1924 and 1928, two versions were offered: a gas-powered single-cylinder car and an electric one. They were more or less identical in looks and both cost $150. This 12-volt electric-powered version has only four wheels and was restored by its current owner.

Yes, these are real cars that you should be able to register for the road. The Indian motorcycle company allegedly bought the design in 1930, but no one really seems to know what happened, and they disappeared from the automotive landscape (though I couldn’t imagine driving one in the 1930s with a huge Duesenberg bearing down on you, much less an SUV today). This one should sell for between $11,000-$17,000. Click here for more info and here for more from this sale.

Based in St. Louis, Gardner got their start as a car company by first building bodies for Chevrolet before become a satellite Chevy manufacturing plant. After WWI, Russell Gardner and his sons, Russell Jr. and Fred, sold the Chevy business to GM and set up the Gardner Motor Company to build their own cars.

Early Gardners were nothing special and fell in the mid-range of cars on sale in the early 1920s. The Model 5 was built between 1923 and 1925. It’s powered by a 43 horsepower, Lycoming straight-four. The Radio Special was a trim package on the Model 5 that came with some extra equipment, namely a nickel-plated radiator shell, aluminium step plates on the running board, steel wheels, and a tan leather interior. All of those things this car appears to still have. There are a number of things, like a front bumper, cowl lights, and a fender mirror, that appear to be missing.

The Radio Special was announced as early as March of 1923 and apparently could still be had in 1925. It was the top of the four-cylinder line and even out-priced Gardner’s 1925 six-cylinder entry by a not-insignificant $200. To find one today is pretty rare but it’s an early insight into Gardner’s later, more upscale offerings. The last Gardners rolled off the line in 1931 and here’s your chance to get one. Click here for more info and here for more from Mecum. 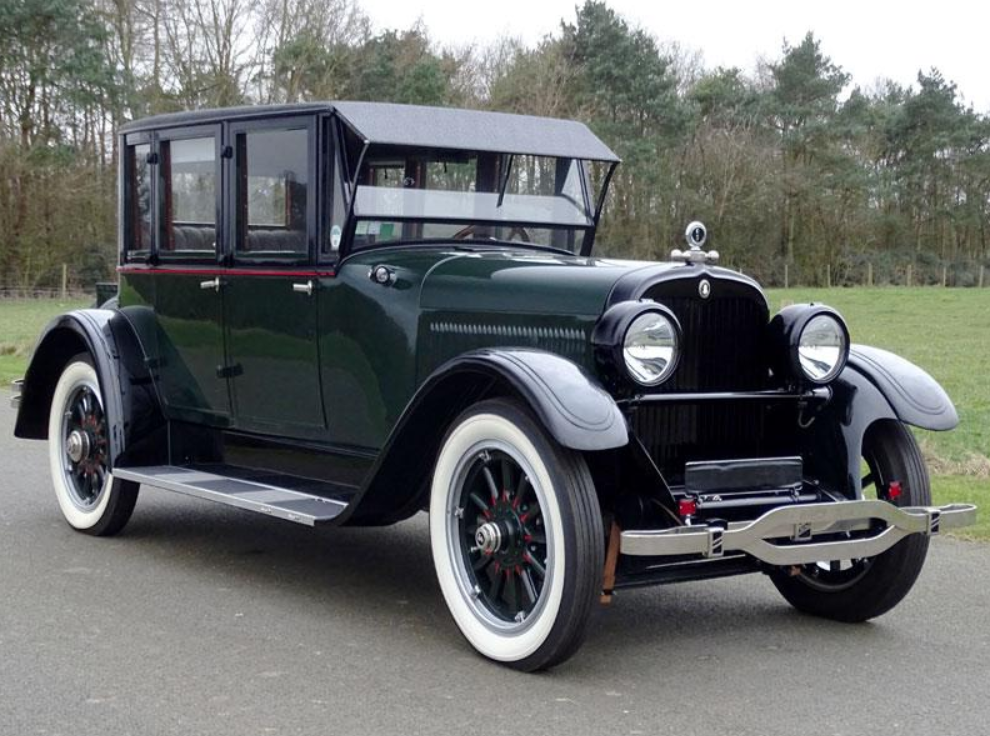 Some of the best Turcat-Mery’s are sporty tourers. The company was around from 1899 through 1928 and they had to produce a few more standard designs, you know, in order to keep income flowing in.

Before disappearing in 1928, they had financial issues (actually, back in 1921). Once they got production running again, the Model SG was among the first cars rolling back out of the factory. It’s powered by a 3.0-liter straight-four rated at 16 horsepower. This particular example has been on museum display since 1987. It’s not quite roadworthy at the moment, but it does look really good. It should bring between $24,000-$30,000. Click here for more info.