The Swallow Coachbuilding Company started building their own cars in 1932. The first model launched was the SS1. Bonhams quotes a total of 2,503 examples produced through 1936. SS, of course, would become Jaguar after WWII and the resulting new associated connotations with “SS”.

The SS1 was powered by a choice of inline-six engines, with this car being powered by the later, larger 2.6-liter unit. There was an SS2 that featured a four-cylinder powerplant. Output in this car was rated at 68 horsepower.

Five body styles were offered, including the tourer shown here. It remained with a single family for about 50 years, being restored early in their stewardship. Now it has a pre-sale estimate of $78,000-$105,000. Click here for more info.

Adler was a pioneering German car manufacturer that sold its first car in 1900. They introduced the revolutionary front-wheel-drive Trumpf in 1932. In 1937, the company introduced the Type 10, which is also known as the 2.5-Litre. This would be Adler’s final real new car, as the company chose not to resume automobile production after WWII.

The 2.5-Liter’s namesake inline-six produced about 57 horsepower when new. The streamlined cabriolet bodies were produced by Karmann and allowed the car to hit 78 mph. The model was offered with two- or four-doors and as a coupe, convertible, or sedan.

In all, just 5,295 Type 10s were built through 1940. Only a handful of two-door cabriolets are known to exist, and this one was restored in the 1970s. The car is accompanied by an Adler motorcycle, bicycle, and typewriter so you can own one of each of the company’s products. The package is expected to fetch $170,000-$190,000. Click here for more info and here for more from this sale. 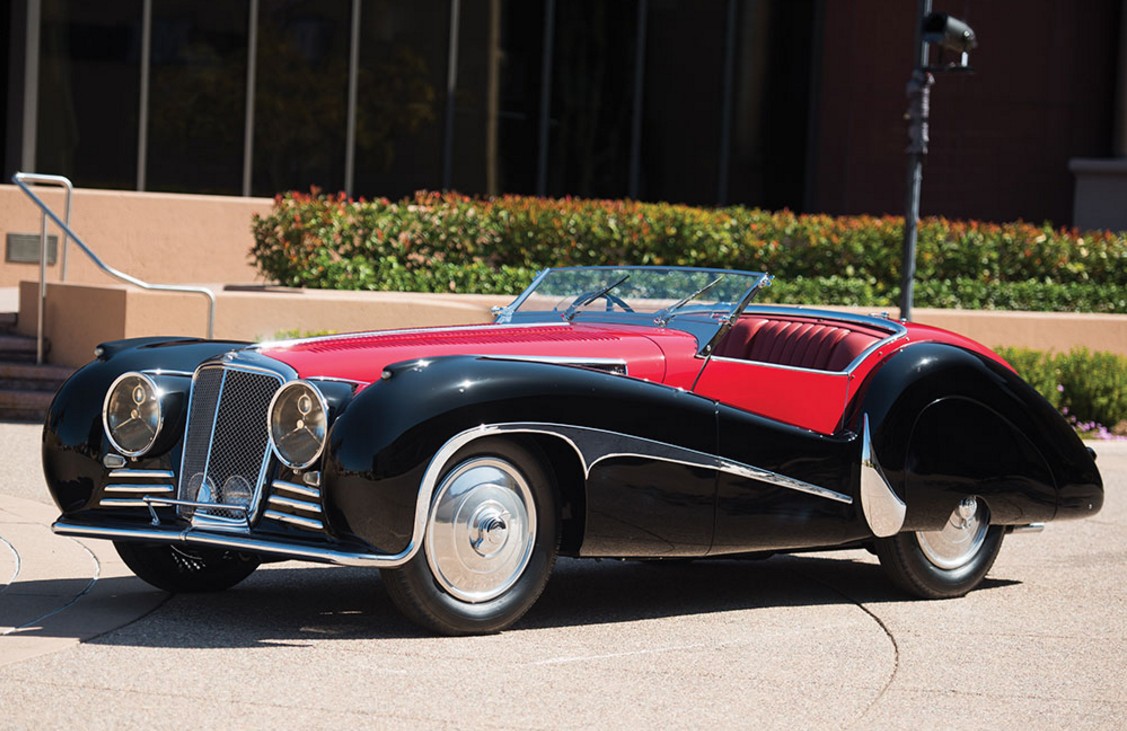