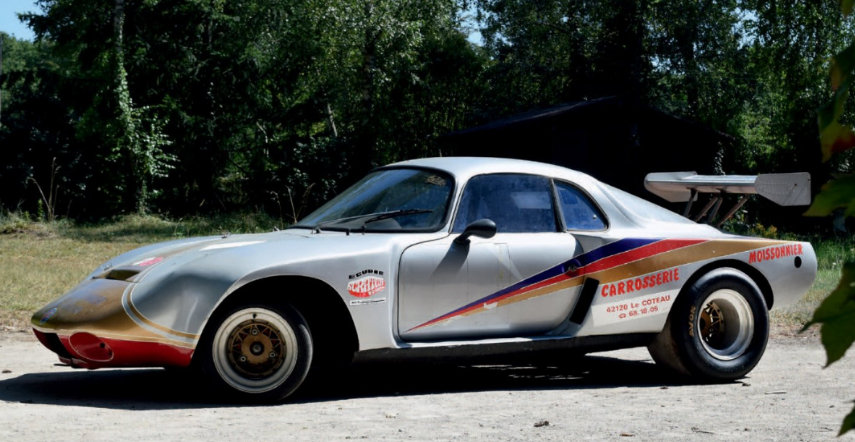 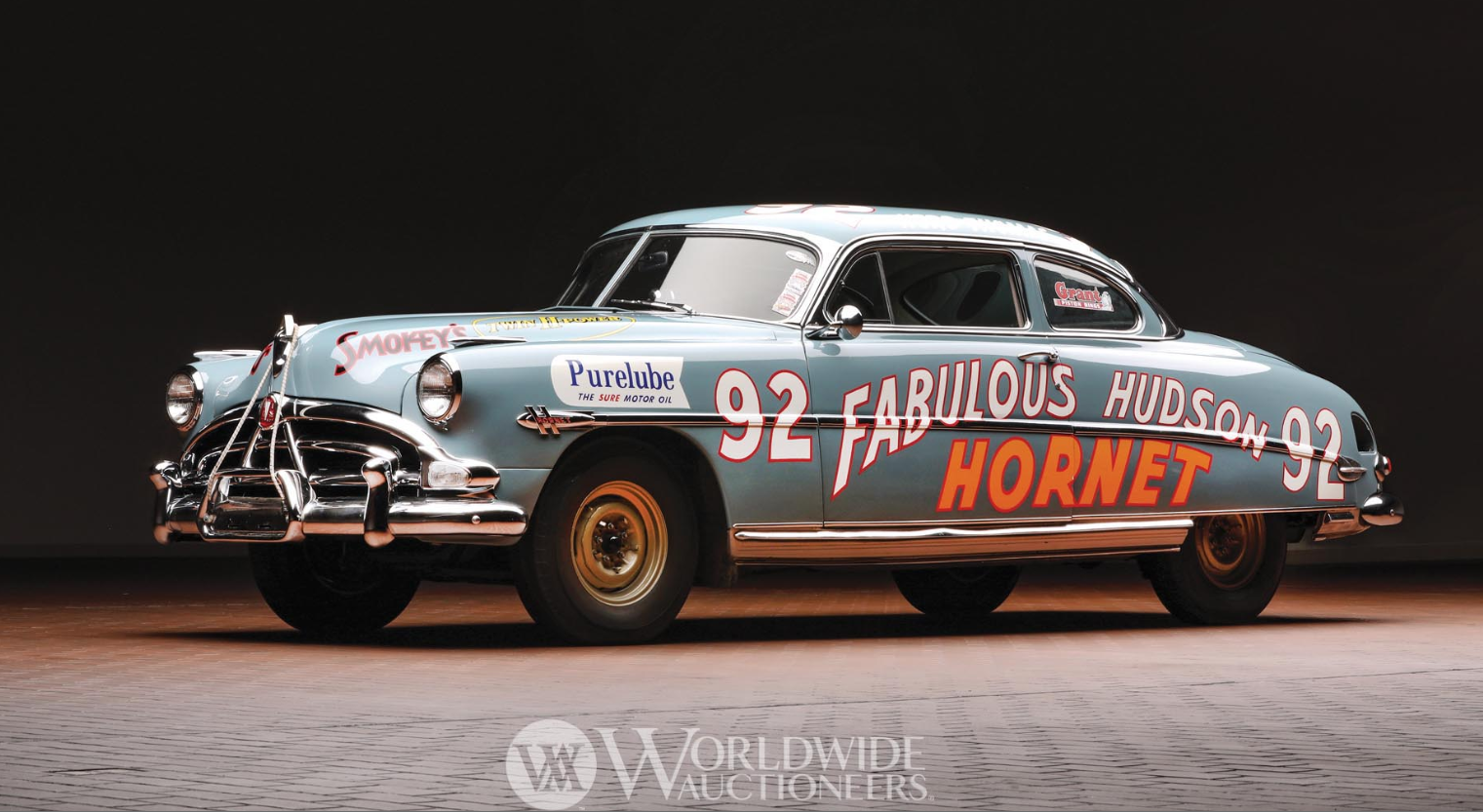 Worldwide Auctioneers is liquidating the greatest collection of Hudson motorcars in the world. And after studying the catalog, I’m pretty sure this is the crown jewel (Italia included). Hudson’s Hornets dominated NASCAR in the early 1950s with legendary drivers like Marshall Teague, Tim Flock, Dick Rathmann, Buck Baker, and Herb Thomas. This was Herb Thomas’ actual race car from 1952 and 1953.

The Hornets were an underdog car that quickly rose to the top. They were six-cylinder cars in an eight-cylinder world. But their chassis design made the cars quick and nimble. Documents show this car was sold to Herb Thomas in July of 1952 to replace a wrecked Hornet. Driven to 15 victories, this very car led Thomas to the 1953 NASCAR championship. After the ’53 season, this chassis was retired and sold to a private owner who used it as a normal road car.

A different owner acquired it in the 1970s hoping to get it roadworthy. That never happened but by this point its racing heritage had been forgotten. It wasn’t until that owner sold the car to a former Hudson dealer and then-current parts supplier that the history of this car was uncovered. A sympathetic restoration followed, leaving the interior mostly intact.

The engine is a 5.0-liter straight-six with Hudson’s “Twin H-Power” intake system – all good for 170 horsepower (up from 145 from a car off the showroom floor). This is the only surviving example of the “Fabulous Hudson Hornet” racing program of the 1950s. Its legacy cemented by Paul Newman’s character in the Pixar movie Cars and a truly legendary NASCAR racer, this will remain collectible forever. Click here for more info and here for more from this awesome sale.