Allard is best remembered for its J2 and J2X sports cars. They were British-built and powered by American V8s. Styling incorporated cycle fenders, giving the car a near open-wheel look. J2s were popular race cars – even Carroll Shelby raced one back in the day.

The third and final iteration of the J2 was the J2R (sometimes called the JR), of which seven were built between 1953 and 1956. This car, as visible above, had more traditional 1950s sports car body work. Power in this example is provided by an overbored 5.4-liter Cadillac V8.

This was the last J2R built and is said to be the only one originally configured in left-hand drive (and was apparently the only one built with doors on both sides). Why it’s listed/titled as a 1952, I do not know. But it does have a pre-sale estimate of $400,000-$450,000. Click here for more info.

In 1946, Sydney Allard’s company introduced two lines of cars, both of which would spawn follow-up models. Those would have been the J1 and K1. Following up the K1 in 1950 was the K2. It was produced through 1952.

This British roadster featured American power – a 5.4-liter Cadillac V8. It was as at home on the track as much as it was on the street, but the K models were more street cars than the J cars. This one was sold new out of New York City.

Many early Allard models look… similar. And by early, I mean those built after WWII. The K1 went on sale in 1946 and lasted until 1948/1949. It was intended to be a street car, and it kind of looked like a passenger-car version of the J1/J2. But the example we have here was modified as a vintage race car in the 1990s.

There were different engine options offered, and this car has a 4.5-liter Mercury V8 that’s been slightly modified and is said to make 200 horsepower. There was a long-wheelbase, four-seat version of the K1 also offered, and it was called the L-Type.

Only 151 examples of the K1 were produced. This one has been used pretty regularly for the last ~20 years, which is a pretty good sign. You can read more about it here and see more from this sale here.

The L-Type was one of a handful of Allard models introduced in 1946, which was the first year for true Allard production. It went on sale alongside the J1 and K1. The L was produced until 1950 and strongly resembled a drop-top version of the P1 and the later M-Type.

L-Type buyers had the choice between two engines from the factory: one being a 3.6-liter Ford V8 and the other a modified 4.4-liter Mercury V8. No word on what this car has. It was restored in the 1990s, and some mechanical systems were refreshed a few years ago.

Only 191 examples of the L were produced, and only 10 are said to be listed in the Allard registry. They were all convertibles. This one should bring between $49,000-$62,000. Click here for more info and here for more from this sale.

Sydney Allard got his start building trials specials – little open-wheel-style cars made for romping through the English countryside. This was before WWII. After the war, he set up a proper motor company to manufacture sports cars.

The J1 was built between 1946 and 1947 and was quickly followed by the J2, which was a two-seat aluminum-bodied roadster with inboard rear brakes, a coil-sprung front suspension, and a big American V8. Engines from different manufacturers were used, and this car has a 5.4-liter Cadillac V8. This combo made for quite the performer. J2s raced at Le Mans. One of their drivers happened to be Zora Arkus-Duntov.

Only 90 were produced between 1950 and 1952. This particular car was the final example produced before Allard moved on to the J2X. It was driven in a few SCCA events by an aspiring young racer named Carroll Shelby who would go on to do other things. This car has been restored and is now offered by Mecum. Click here for more info.

We pick up where we left off last time: with Silverstone Auctions. This time it was their sale of British marques, where the Jaguar XJ220 we featured was the overall top sale at $429,230. The AC Aceca was withdrawn.

Now we move on to Brightwells’ Leominster sale. No withdrawn AC cars here as this 1962 AC Greyhound took home top sale honors at $104,923.

The Jaguar XJS Monaco we featured previously failed to sell here again. And the Quantum 2+2 sold for $1,678. Click here for more results.

We’ll stay in the U.K. for the annual all-Aston Martin sale from Bonhams. Naturally, the one we featured (a Virage Volante) failed to find a new home. But the biggest money car of the day was $1,097,622 paid for this 1964 Aston Martin DB5. Final results can be found here.

The RM Sotheby’s Villa Erba sale featured a couple of no-sales among the offerings we highlighted, including the Hispano-Suiza sedan and the Ferrari 330 Zagato. Another Ferrari, this 1954 500 Mondial Spider by Pinin Farina, was the top sale at $4,156,350. 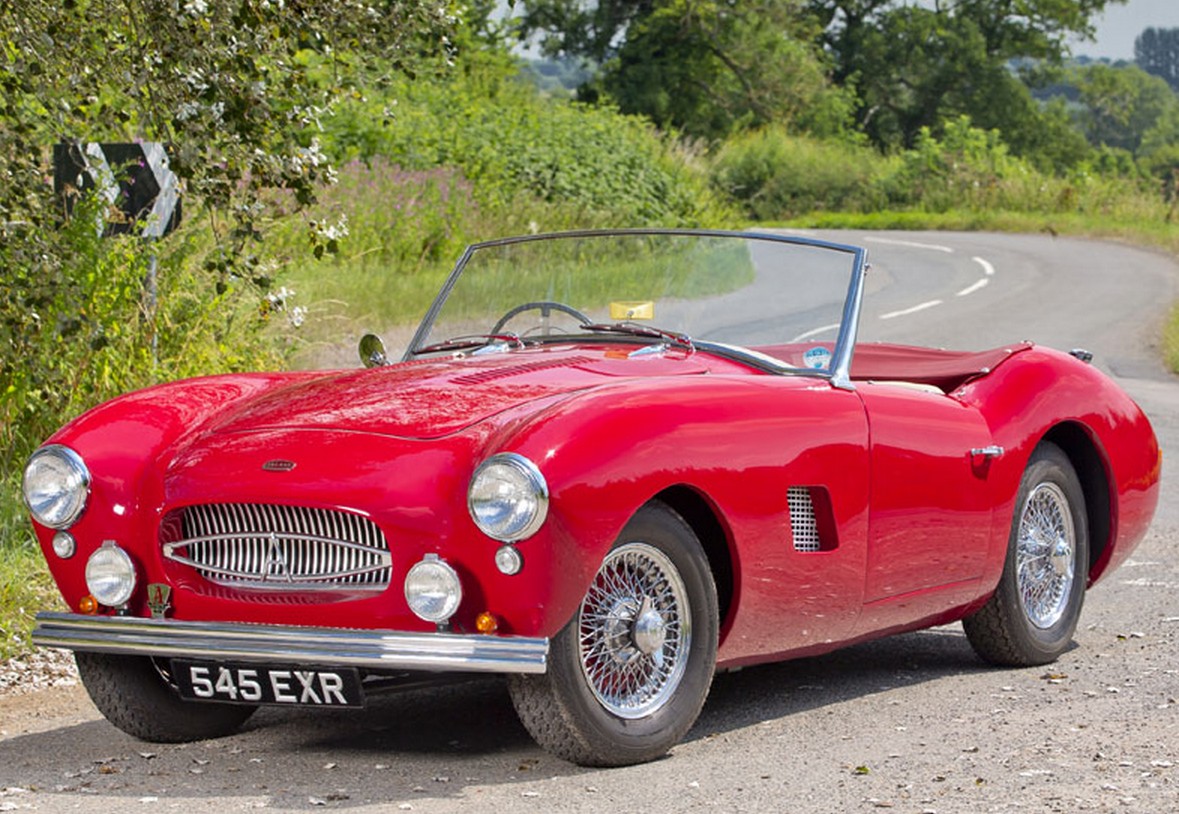 Sydney Allard starting building cars in the late 1930s to compete in hillclimb events. Not the civilized, paved hillclimbing that we know today, but trials – as in, up nearly-impassible dirt hills. After the war he started building some road cars – and nice ones at that. Then he moved to sports cars.

One such car, built near the end of Allard’s run, was the Palm Beach. First introduced in 1952, the car received a substantial upgrade to Mk II specification in 1956. The body was classed up and fit more with the times. And the engine was bumped up to six-cylinders only. This car uses a 2.6-liter straight-six from a Ford. Jaguar engines were also available.

This car is beautiful, having had a recent ground-up restoration. It was on the stand at the 1956 Earls Court Motor Show. After that, it was an Allard factory demonstrator. The Palm Beach ended production in 1958 with 80 built – only six of which were Mk II cars, making this exceptionally rare. This one should sell for between $125,000-$155,000. Click here for more info and here for more from this sale. 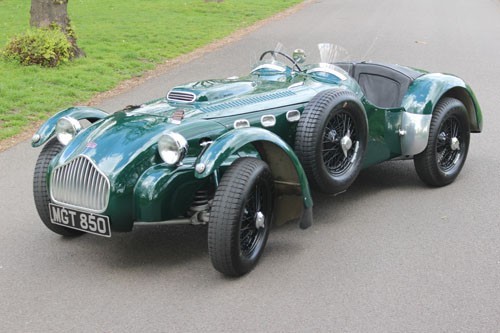 The Allard J2X is one of the legendary automobiles. If you want to talk early, serious sports cars, then this is a great place to start. Sydney Allard really got into building his hillclimb specials after WWII and as time went on, the cars became more original, more competitive, and much more popular. Not to mention they went into actual production.

The J2X replaced the J2 for 1951. This is the very first J2X built and it was a works test car before being sold into public hands. The J2X featured improved handling thanks to a lengthened chassis and a choice between Cadillac or Chrysler V-8s. This car uses a 5.4-liter Cadillac V-8 that makes 200 horsepower.

It was originally campaigned privately all over England and the restoration was finished in 2007. Since then, it has appeared at historic events and is eligible for the Goodwood Revival. Only 83 J2Xs were built before production ended in 1953. This is among the nicest and should bring between $465,000-$535,000. Click here for more info and here to see the rest of Coys’ lineup at Ascot Racecourse.

I may end up splitting this up into two posts because it’s bound to be insane. We’ll start with Barrett-Jackson’s inaugural Reno, Nevada, sale. Our featured Studebaker Champ pickup sold for $30,800. Top sale (not counting charity cars, which I don’t count) was this 1963 Chevrolet Corvette 327/360 Convertible for $192,500. 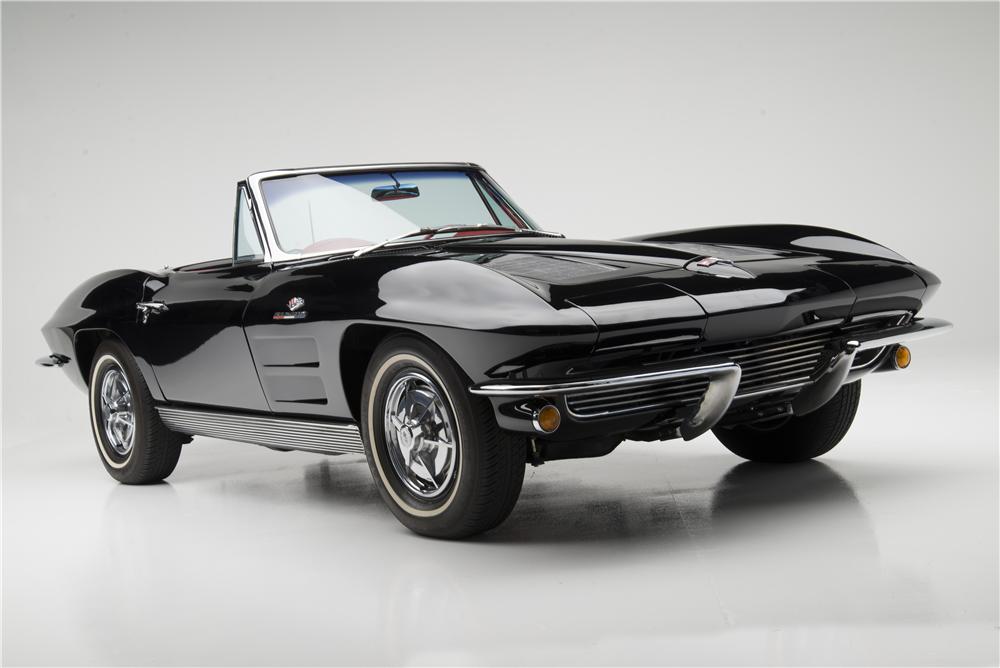 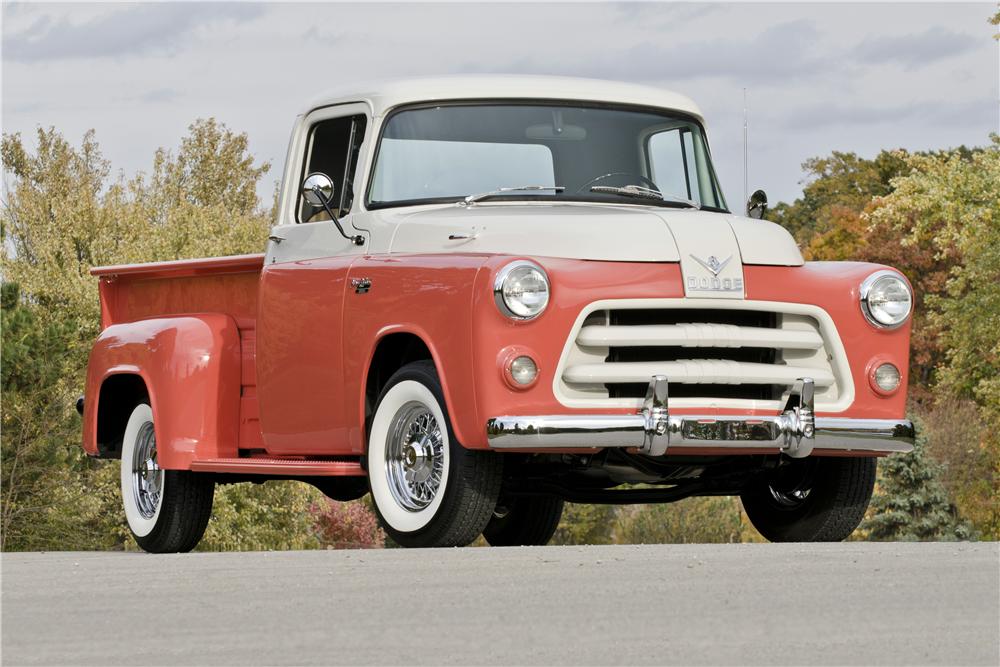 Moving forward to Monterey weekend. First up, Bonhams’ sale in Carmel. The top sale here was this 1931 Bentley 4.25-Liter Supercharged Le Mans. It’s a factory blower Bentley and it sold for $4,647,500. 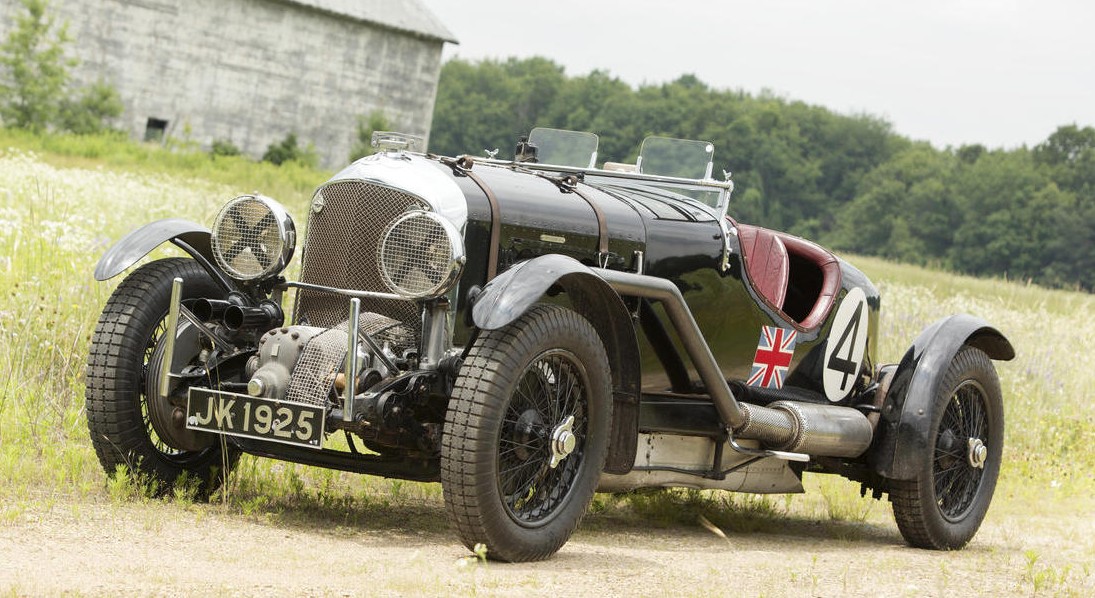 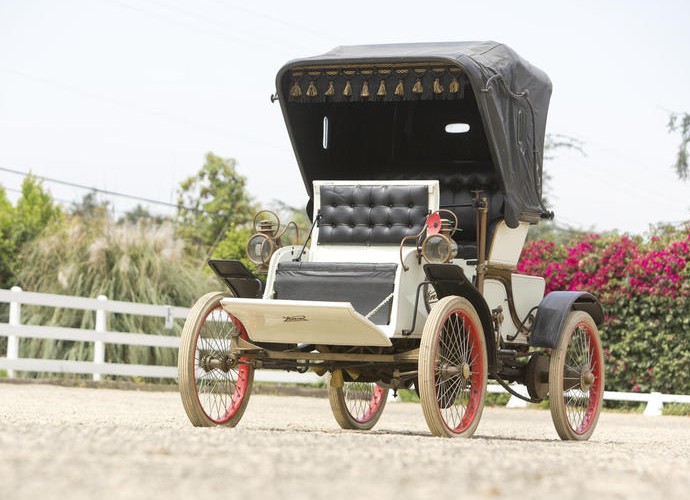 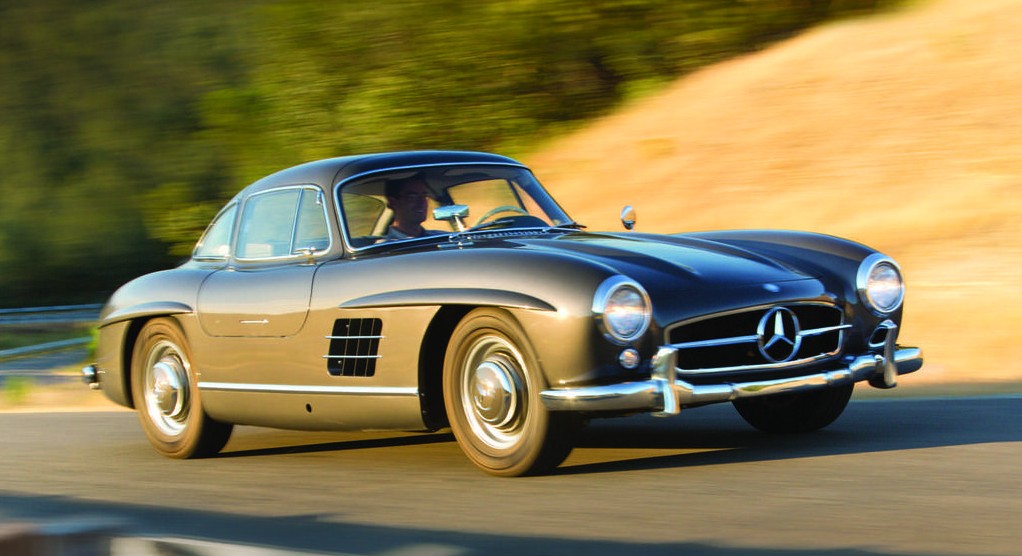 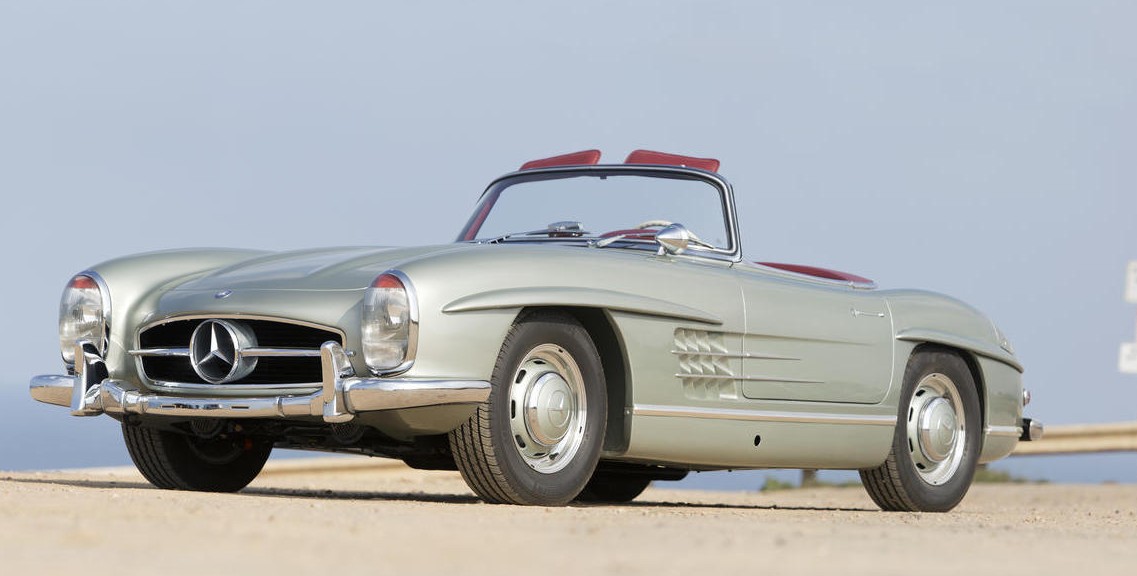 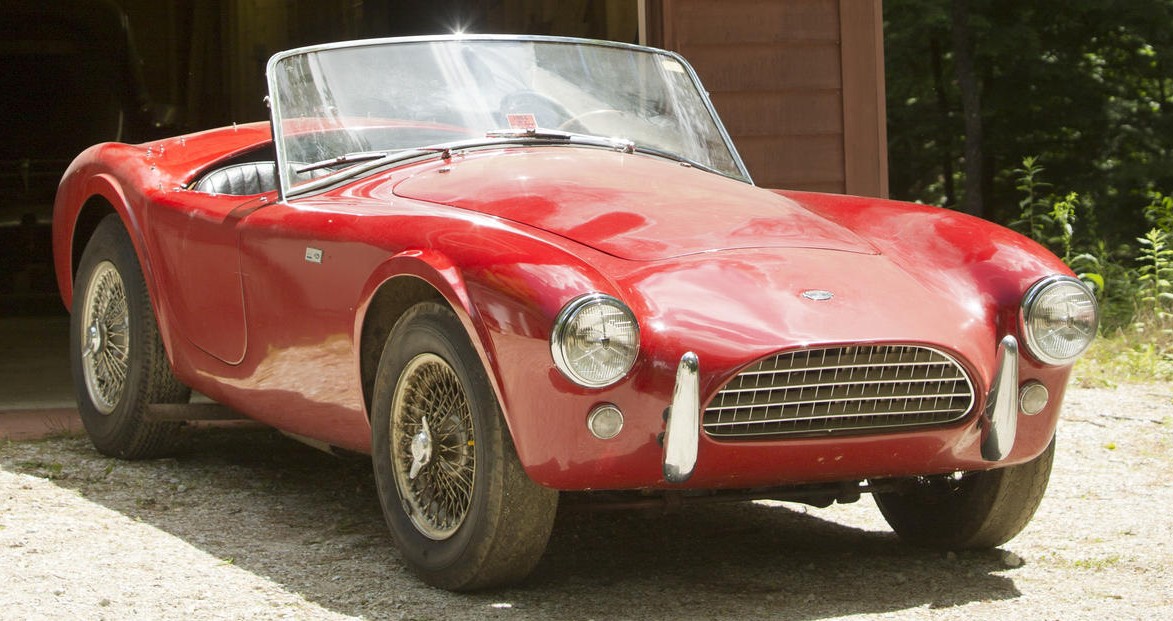 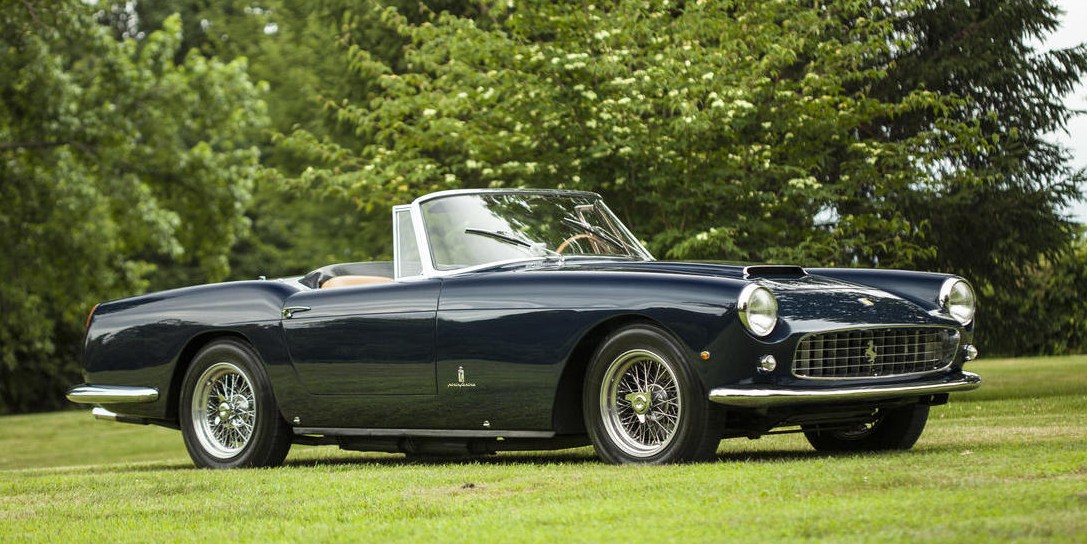 My favorite of our feature cars, the unbelievable American Underslung Tourer sold for $748,000. Speaking of early cars, how about another million-dollar Mercedes? This one is from the pre-Benz era. It is a 1910 Mercedes 45hp 4-Seat Tourabout. It sold for $1,100,000. 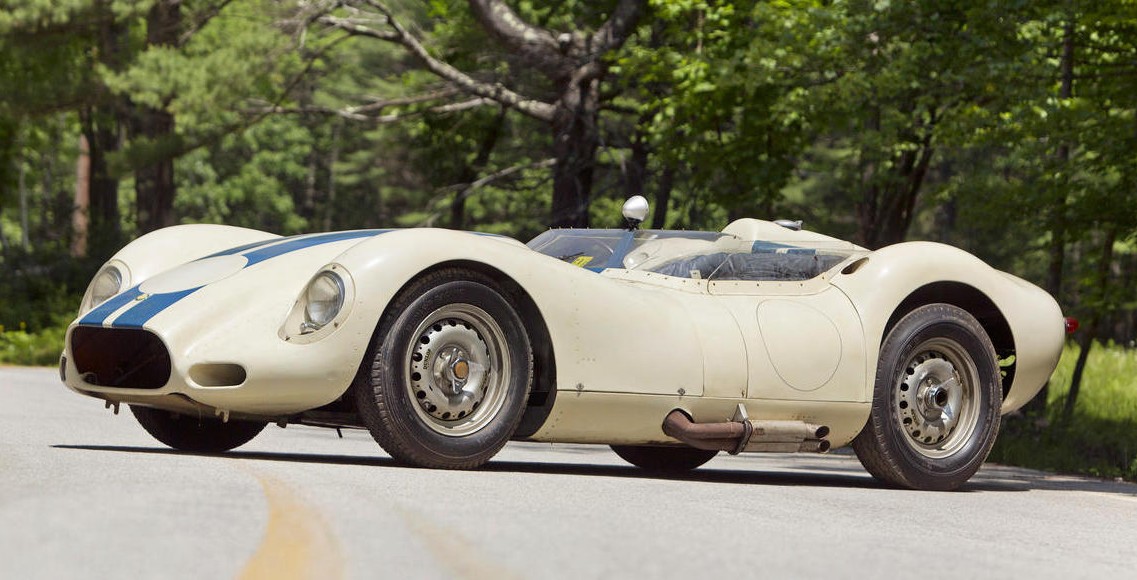 Another one of our feature cars was this 1906 Autocar. It sold for $42,600. The final million dollar sale was this also-unrestored and all-original 1952 Frazer-Nash Le Mans Replica Mk II Competition – and just barely: it sold for $1,001,000. It has Sebring race history and was used at the 1952 Earls Court Motor Show. 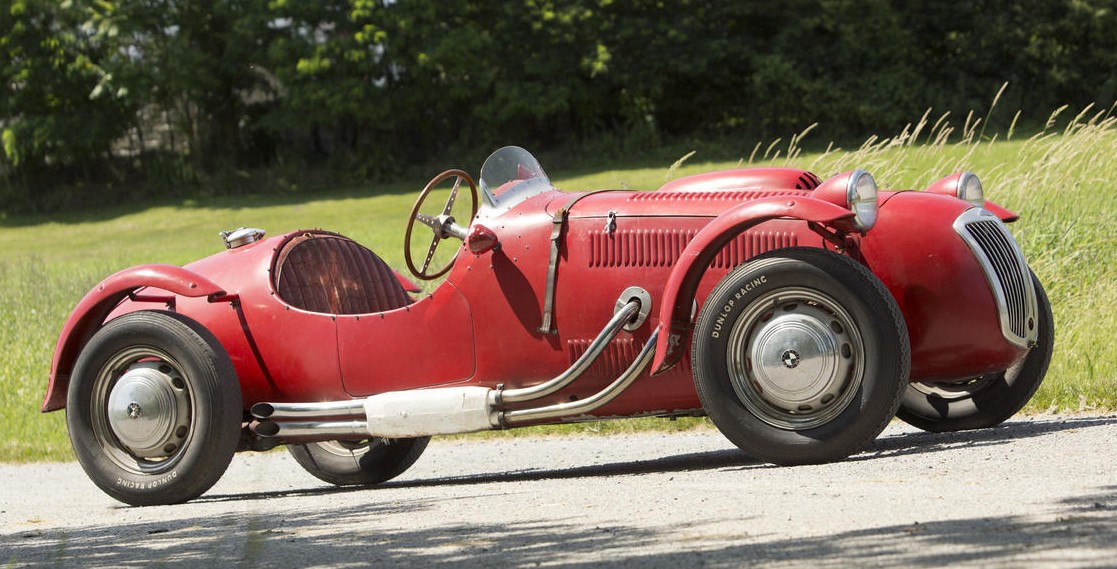 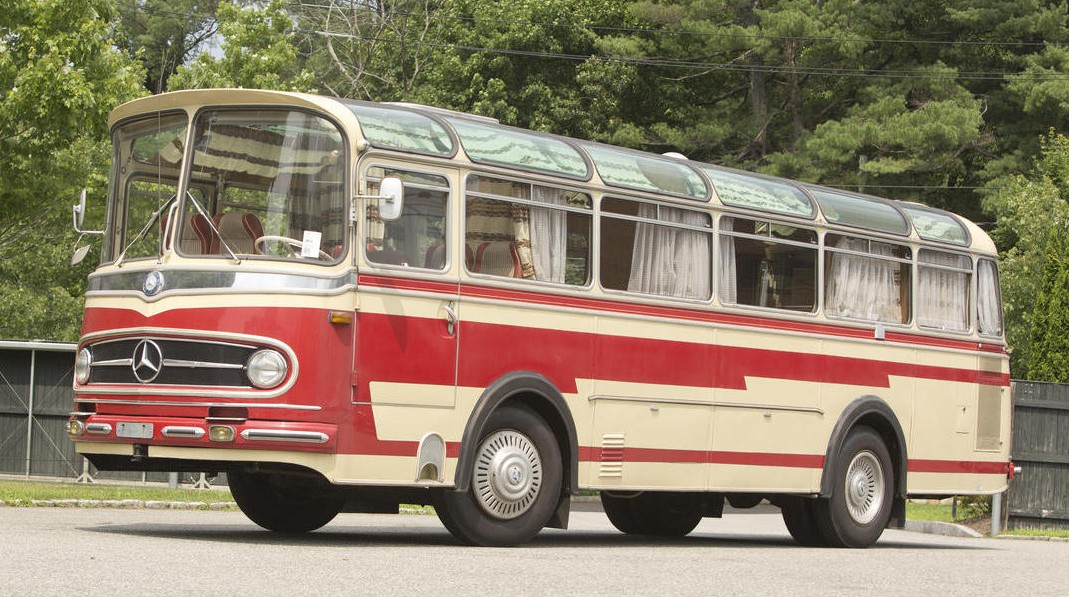 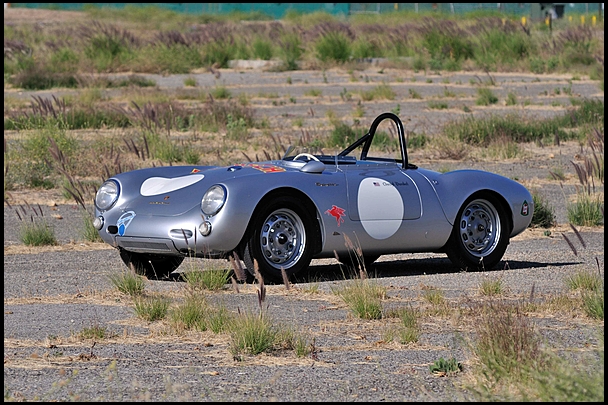 Our featured Delage would’ve been next, but it failed to sell. The only other million dollar car that actually sold was this 1990 Ferrari F40 for a very strong $1,325,000. 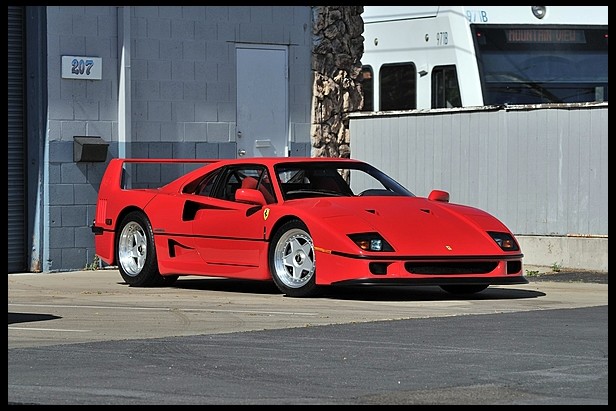 To run down some more feature cars… these feature cars failed to sell: a previously featured Duesenberg, a Ferrari 750 Monza, the JPS Lotus F1 car, and the Jaguar XJR-5. Our feature Isotta-Fraschini did sell: for $145,000. Among cool cars, I like this 1954 International R140 that went for $140,000. 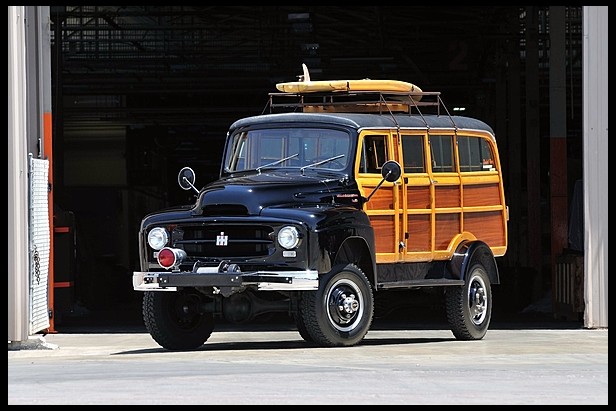 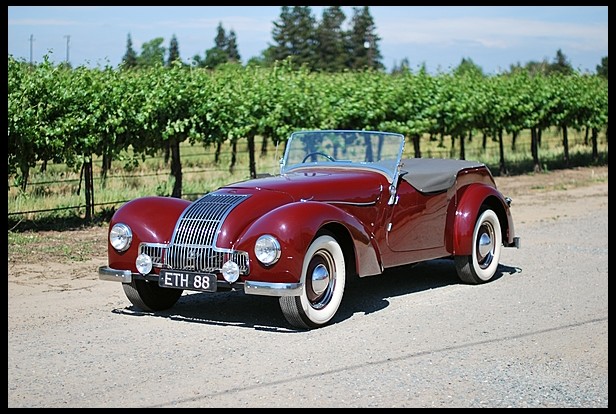