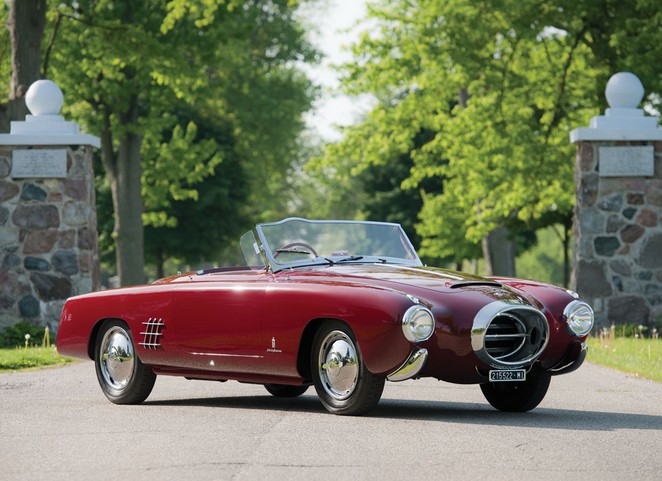 The Lancia Aurelia is an interesting car in that it could be had as a fairly plain sedan or an outrageous roadster like this. And prices are all over the board too. The model was produced between 1950 and 1958 with a total of 18,201 produced.

Pinin Farina got their hands on some Aurelias and built wild Jet Age bodies on them. This particular car was shown at the Geneva and Turin motor shows in 1953. Pinin Farina built seven or eight “PF200” (their designation) cars and it is thought that only three lacked a roof. And all of them were different.

The engine is a 90 horsepower 2.0-liter V-6 but it is all about the style. It is #2 of the three open-top cars and it rides on a very rare Aurelia B52 chassis, of which only 98 were produced. The car completed a 10-year restoration recently and has been in the same hands for nearly 50 years. This is your chance to acquire a one-off Pinin Farina concept car for between $1,000,000-$1,500,000. Read more here and check out more from RM here.